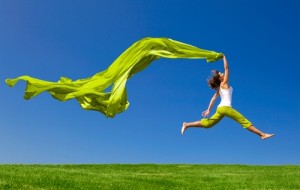 No doubt about it. Kleiner didn’t have a great morning in court today.

At a San Francisco hearing over whether or not the firm could force a junior partner, Ellen Pao, into arbitration over her claims that she endured years of gender discrimination, Judge Harold Kahn told Kleiner’s attorney, Lynn Hermle: “There’s a lot of paper here But it seems so simple. You have an employee, a junior partner, suing her employer for discrimination.”

Business Insider’s Owen Thomas was at the courtroom and reported some choice quotes in this piece as well as in his Twitter stream.

As Judge Kahn strongly hinted in a brief he filed yesterday, he fundamentally disagreed with Hermle’s argument that Pao is bound by numerous LLC agreements that contain arbitration language and that Pao signed over the years. There is a difference, said the judge, between LLC agreements and an agreement between and employee and an employer, and in this particular case, there is no employment agreement.

Still, all isn’t lost for Kleiner, which is still very much hoping to shift its battle with Pao into the private chambers of an adjudicator. Judge Kahn is giving the firm an opportunity to refile its motion to compel arbitration and will hear its new argument on July 20. In response the firm has issued a statement, saying it’s “encouraged” by what transpired this morning.

KPCB is encouraged by Judge Kahn’s willingness to hear our arguments on third party beneficiary and equitable estoppel claims.  The firm will file its motions by July 13th to be heard in a supplementary hearing on July 20th.   KPCB continues to believe it has strong arguments and precedent to move the matter to arbitration.  Ms. Pao, like other partners, signed a variety of standard agreements requiring, among other things, that all disputes be resolved through arbitration.  We expect arbitration to be a more efficient and speedier dispute resolution process than trying a matter before a jury years down the line in the San Francisco Superior Court.