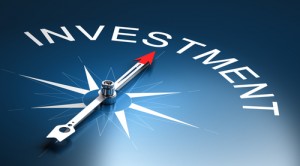 If the first six months of the year is any indication, Kleiner Perkins Caufield & Byers will put the fresh money it plans to raise in new funds to work right away.

The Menlo Park, California-based firm, which in late June filed regulatory documents (here and here) to raise $1.2 billion combined in two funds, ranked as the most active investor in the first half of the year.

Kleiner Perkins pumped $247.34 million into 57 deals, such as DocuSign, Path, Puppet Labs, Secret, Shape Security, Square, Zen Payroll and Zephyr Health, among others, according to preliminary data from Thomson Reuters (publisher of VCJ and peHUB).

New Enterprise Associates came in second, investing nearly $342 million in 50 deals, according to the data.

Rounding out the top five, Andreessen Horowitz came in third with 44 deals, Google Ventures invested in 41, and First Round Capital and Sequoia Capital tied for fifth, with each backing 37 deals.

In terms of money spent, Sequoia invested the most coin, putting nearly $1.1 billion to work from unspecified funds. However, Sequoia’s investment total includes its participation in a $750 million PIPE in FireEye, according to Thomson Reuters, and a $325 million late-stage equity funding in Dropbox.

It’s interesting to note that Andreessen Horowitz also invested in some of the larger later-stage deals in the year, including LYFT’s near $250 million round, AirBnb’s $200 million infusion and Pinterest’s $160 million round.

Hedge funds and mutual funds also made it onto the most active list.

The hedge fund Tiger Global Management invested about $217 million in 14 deals during the first half of the year, including in Pure Storage, Automattic, One Kings Lane and Credit Karma, among others.

The investment data on early and late-stage venture deals is based on public records, such as regulatory documents, news reports and surveys. Thus, undisclosed deals, such as for stealth companies, and many early-stage seed deals are not included in the tally, which explains why 500 Startups was tied as the 24th most active VC, officially having invested in 20 companies, according to the data.