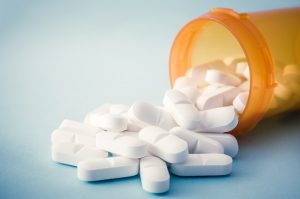 Shortly after founding venBio Partners in 2011, Corey Goodman was looking to build a portfolio of early-stage drug companies. He knew from his days as a senior executive at Pfizer that the giant pharmaceutical had an antibody that appeared to play a role in fighting chronic migraines.

Goodman, who was also a long-time Stanford University and University of California-Berkeley academic, saw tremendous potential in developing this antibody into medicine, which could help migraine sufferers.

Yet, this antibody had been sitting idle on Pfizer’s shelf since the mid-2000s, Goodman said.

In 2013, venBio purchased the antibody from Pfizer and started Labrys Biologics, investing $31 million in a Series A round with participation from Canaan Partners, Sofinnova Partners and InterWest Partners.

The clinical trial data showed such promising results that in 2014 Teva Pharmaceuticals bought the company for $200 million, plus an additional $625 million upon meeting certain milestones.

This drug received FDA approval two years ago and is now marketed under the brand name Ajovy.

Migraines are a significant health issue, affecting 39 million otherwise young healthy adults in the US.

But despite the large total addressable market, migraines have been mostly ignored since the 1990s by corporate R&D efforts.

“When we ran the analysis, we found that migraine is an enormous market, but somehow this did not appeal to big pharma,” he said.

This changed in recent years, thanks in large part to biotech VCs who, similar to venBio, identified a significant need for new therapies for the condition and invested in the promising science. Many of these firms were rewarded with exits that produced double-digit returns on investment, significantly higher than is typical for biotech deals.

After decades without new drugs for the condition, half a dozen novel migraine medicines, including Ajovy, have come to market over the last two years. The majority of these drugs were initially backed with venture capital and then later sold to large-cap pharmaceutical companies.

The Labrys Biologics investment was an enormous “win-win” for all parties, Goodman said. Teva ended up with a blockbuster drug and the VC consortium returned more than 20x its capital.

Another notable aspect of that deal is that two of the four GPs that backed the company were women: Wende Hutton of Canaan and Nina Kjellson of InterWest, Goodman said. “What appealed to them is that migraine is primarily a female disease,” he said. Hutton and her daughter were migraine sufferers themselves, he added.

“I think the Labrys investment and its success says a lot about the need to have more women in VC,” Goodman said. Women are more likely to invest in female health issues, which are often underfunded, he explained.

The drug developed by Arteaus was reacquired by Eli Lilly in 2014, resulting in a strong return and a fast time to exit for Atlas Venture and OrbiMed.

“Based only on public disclosures, Arteaus has generated north of $300 million in payments across the upfront, milestones and royalties after spending less than $18 million in equity capital. A superb venture return,” wrote Bruce Booth, a partner with Atlas Venture in a 2019 blog post.

In another example, Albert Cha, a partner with Vivo Capital, backed Biohaven Pharmaceuticals, a biopharma company that develops drugs for neurological disorders. Biohaven went public in 2017 at a valuation of nearly $600 million shortly after licensing a migraine drug from Bristol-Myers Squibb. Biohaven Pharmaceutical received regulatory approval for this treatment, called rimegepant, in early 2020.

“Migraine is a horrendous disease. What makes it particularly devastating is that it impacts people who are much younger and are in the most productive stage of their lives,” Cha said, adding that investors are looking to back products that have the potential to change patients’ lives. Treatment for migraines is one such area.

Lasmiditan, another VC-backed migraine drug, also received regulatory approval late last year. Colucid Pharmaceuticals, the company that conducted early-phase trials of this drug, was seeded by several VCs in the mid-2000s, led by Pappas Ventures. The start-up was bought by Eli Lilly in 2017 for $960 million, another strong return for investors who plowed just $97 million into the start-up, according to Crunchbase.

But it is not only about the strong returns.

The success of these products is an example of the crucial role VCs now play in the development of new medicines. Between 2009 and 2018, 42 percent of all drugs approved by the FDA originated from VC-backed companies, according to data compiled by Silicon Valley Bank.

“Venture firms spend a lot of time thinking about what disease they should be backing,” Cha said. Recent success in migraine therapies, a large patient population and the complexities of treating the disorder continue to capture VC’s attention, he explained.

Investors are now betting on at least two other promising migraine medicines. The first is being developed by Impel NeuroPharma, whose migraine drug is showing strong data, Goodman said. His firm, venBio, is an investor in the company along with Norwest Venture Partners.

Another promising drug for this disorder is being developed by Satsuma Pharmaceuticals, a company that was backed by RA Capital before it went public last year.

While none of the recently approved drugs provide a panacea against migraines, sufferers now have a larger arsenal of medicine to fight the debilitating condition. And more solutions are on the horizon.