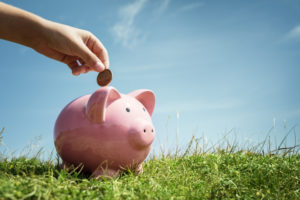 Lewis & Clark AgriFood Fund II was launched in June 2019 and has since secured minimum commitments of $250,000 from at least 44 LPs, according to the January 6 filing.

The fund made its first investment in December 2019, according to Lewis & Clark’s website. It joined investors, including Continental Grain Company and Germin8 Ventures, in a $19.5 million Series B for St Louis-based Bushel, a company that offers software designed to connect grain companies with growers.

“They [Lewis & Clark] have a reputation as being a family office-based group,” a source familiar with the firm told Agri Investor. “I wouldn’t be surprised if over half their money comes from three or four high-net-worth individuals.”

Lewis & Clark describes the focus of its AgriFood fund series as being late-stage growth equity investments in startups active in industry verticals, including biotech, novel inputs, next generation agronomy and ag-specific software.

The firm’s website says, “The Lewis & Clark AgTech Fund focuses on plant-based agriculture that improves plant productivity, farm productivity or farm-to-table supply chain efficiency … Technologies that fit best our fund tend to sit at the nexus of software and biotechnology.”

Jessie Chapel, Lewis & Clark investor relations manager, said the firm’s first agtech vehicle, the Lewis & Clark Plant Sciences Fund I, launched in August 2016 with a target of $45 million before closing on $25 million as one of three distinct funds constituting the firm’s $128 million LAC Ventures Fund I.

The source familiar with the firm said two of Lewis & Clark’s other existing agtech investments stand out as having been particularly successful.

One is New Leaf Symbiotics, a startup developing crop yield and health promoting products from naturally occurring microbes that grow on the surface of plants.

The company initially struggled to raise capital for commercializing technology developed at University of Maryland, the source explained. A reorganization of New Leaf that included the addition of former Monsanto executives has been part of a turnaround that materialized in an up to $75 million strategic collaboration agreement with Bayer-backed startup Joyn Bio in July.

“They’ve [Benson Hill] done a really good job of striking strategic partnerships, bringing their expertise to other companies and raising a lot of money,” the source said. “The scuttlebutt in the industry is that Benson Hill is doing very, very well.”

This story first appeared in affiliate publication Agri Investor. Chris Janiec is a reporter at Agri Investor. He can be reached at chris.j@peimedia.com. 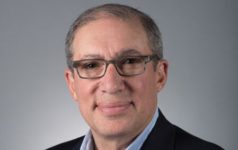