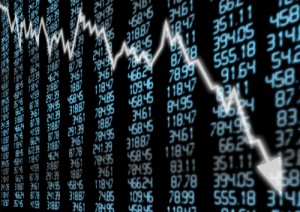 Compare the venture-backed IPO markets of 2014 and 2015, and it’s as if you’re peering into two different worlds.

In 2014, 117 venture-funded companies conducted IPOs in the United States raising $15.5 billion, according to the National Venture Capital Association and Thomson Reuters. One year later, 77 companies did, raising less than two-thirds of the total.

Peel back the onion and the differences are more substantial. In 2015, deals were noticeably more likely to be priced below their most recent private round and considerably more likely to trigger ratchet adjustments that issued extra shares to late-stage investors.

One study examining this trend comes from the law firm Fenwick & West, which looked at 41 tech IPOs from the two years and uncovered big differences. The study zeroed in on companies that raised money in the previous three years to get a clear picture of the late-stage environment during that period

In 2104, nearly four out of five companies studied had IPOs with values higher than their most recent private round. This fell to 57 percent in 2015 and the median share price increase for the 14 deals examined was just 2 percent, the study found. In other words, down-round IPOs became far more common. By comparison, the median share price increase was 37 percent in 2014.

What’s more astonishing is that 50 percent of 2015 deals triggered ratchets in 2015 compared with just 4 percent in 2014. So late stage investors received extra shares in half the cases. Interesting as well is that more than a third of deals saw major shareholders sell at IPO, 36 percent, compared with 26 percent in 2104, the study found.

“I think (the results) reflect that in a good number of cases private valuations got ahead of public valuations,” said Barry Kramer, a partner at the firm and co-author of the study. “But of course valuing high-growth private companies is not a science, which is a good part of the reason investors negotiate for downside protections.”

The good news from the study is that the ratchets triggered by the down-round IPOs didn’t generate significant dilution to other shareholders. The average percentage of fully diluted pre-IPO shares issued due to ratchets was just 3 percent, the study found.

“The most important takeaway is that even when a company provided a ratchet type protection and it was triggered in an IPO, the effect generally wasn’t too significant to the company or its other shareholders,” Kramer said.

Tealbook snaps up seed plus funding