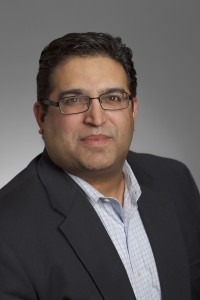 In real estate, location is not everything. Timing is also important, whether you’re a buyer, a seller or an investor in an online real estate startup.

For those investors, the time is now.

“Part of the attraction from the venture side is that real estate is a trillion-dollar industry, yet it hasn’t seen disruption in many years,” said Graham Brooks, a principal at .406 Ventures, which has backed property-listing site Urban Compass.

The immense size of the real estate market is certainly intriguing. According to Zillow, there are roughly 132,935,000 housing units nationwide. And the combined value of these homes is about $25.7 trillion, which is more than the combined GDP of the entire European Union ($16.6 trillion).

The company recently changed its business model. At first, it tried to undercut the market by employing agents on a salary and charging apartment hunters lower commission rates. But the company is now trying to attract top brokers by paying a full commission and offering them a set of technology tools to make their jobs easier.

For example, Urban Compass has a mobile app that lets agents create listings, schedule open houses and track their customer showings easily on their smartphones.

“When the company started, it really was trying to disrupt the brokerage model,” Brooks said. “They have since done a 180 and now their biggest growth comes from hiring top brokers. They realized they could grow much more quickly by working with and empowering these existing agents.”

Brooks noted that the rental market in New York City alone stands at $1.2 billion. Right now the sole focus for Urban Compass is in the Big Apple, but it plans eventually to look at other markets.

“Landlords still live in a pre-technology era. Much of their work is done with paper and checks and phone calls. It’s not an automated process. With technology you can make those processes much more efficient.”

One, property is again a booming market, with values soaring nationwide.

Two, exits are available: Trulia and Zillow showed that online real estate plays can go public to the tune of billions—and those companies themselves now offer an exit path, as potential acquirers with deep pockets.

And three, real estate still exists in a largely pre-technological world of flyers and open houses, which makes it ripe for disruption by new entrants.

“We love to help build technology companies that go after old-fashioned industries and enable existing players in that industry,” said Krishna Gupta, a managing partner at Romulus Capital, which led the $5.5 million Series A round for real estate marketing platform Placester. “Real estate is a very complex, very large market, so obviously there are many opportunities when you take it online.”

Placester, which has raised $8 million, builds and hosts websites for real estate agents and crunches data to help them market their properties to high-potential buyers. Placester charges $49 a month for the sites. But the real attraction is on the marketing end. The real estate industry spends more than $27 billion a year on advertising, according to Borrell Associates.

Gupta noted the majority of that spending is by individual agents and brokers and comes directly from their own pockets. Placester offers a so-called ”marketing genius” that helps agents research their core customers and optimize various search engines and platforms.

“We are essentially building a more efficient ad engine for the agents and enabling them to spend dollars more effectively,” he said. “There is a lot of scale there. The real estate industry currently employs over 2 million people, including more than 430,000 agents and brokers. That’s about 1.4 percent of the working civilian population of the U.S.”

Gupta said he thinks that, even with Zillow and Trulia dominating real estate on the Internet, there is space for many more multibillion-dollar companies online.

One sector with room for expansion is the rental market. Demand for apartments is surging, along with rents. And the vast majority of transactions between landlords and tenants still depend on archaic tools.

Cozy intends to bring those transactions into the digital era. It’s a platform that makes it quicker, safer and easier for apartment owners to deal with apartment renters, allowing landlords to screen tenants, run credit checks and collect rent online. It also enables tenants to fill out applications and pay their rent online.

“Landlords still live in a pre-technology era,” said Neil Sequeira, a managing director at General Catalyst Partners, which recently led a new $5 million round in Cozy. “Much of their work is done with paper and checks and phone calls. It’s not an automated process. With technology you can make those processes much more efficient.”

General Catalyst Partners has also invested in RealtyShares, a real estate investing platform that enables people to raise money for projects. For example, a contractor who buys, renovates and sells homes can use RealtyShares to attract financing. It’s crowdfunding for house-flipping.

There are, as always, two paths to the winner’s circle: an IPO or an acquisition. Trulia and Zillow proved that a public offering is a viable proposition. And their success in that arena has made them wealthy potential buyers.

The unanswered question on the M&A front is whether well-stocked players, such as Zillow and Trulia, will appreciate the value of the new tech-enabled real estate services and seek to add them to their offerings. If so, the prices those services ultimately fetch could well be similar to what other tech companies attract, not the low multiples historically associated with real estate outfits.

Sequeira is thinking bigger. He believes large companies not currently in the real estate space—such as an eBay or even an Oracle—may soon be looking at it because the market is vast and “large buyers look for large categories that can really move the needle.”

“We’ll see more IPOs in the market,” Gupta said. “I also think we’ll see some big M&A in the real estate market that goes beyond Zillow and Trulia. We believe the next wave of mega-exits will be there.”