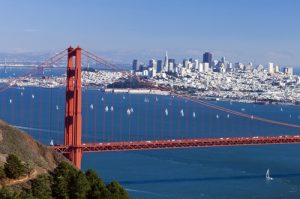 MaRS Discovery District, Communitech, the University of Waterloo’s Velocity, the C100 and RBC have teamed up to launch Canada House, a new Silicon Valley hub for visiting Canadian technology entrepreneurs. Based in San Francisco, Canada House will as of January 27th provide later-stage startups partnering with sponsor organizations with a short-term co-working space. The aim is to give startups more opportunities for raising capital and meeting potential customers.

SAN FRANCISCO, January 25, 2016 – MaRS Discovery District, Communitech, University of Waterloo Velocity, C100 Association and RBC are teaming up to offer a base for Canadian entrepreneurs visiting Silicon Valley. Launching on January 27, 2016, Canada House will offer co-working space for later-stage startups that are currently working with MaRS, Communitech, Waterloo’s Velocity or C100. The goal is to help Canadian startups to gain access to resources in key international destinations where they have a high probability of raising capital and meeting potential customers.

“The San Francisco Bay Area remains the most strategic destination for our companies from a customer, investor and talent perspective, with hundreds of entrepreneurs making several trips there per year,” said Salim Teja, executive vice-president of ventures, MaRS Discovery District. “By offering critical short-term space and services in a collaborative environment, Canada House will support our companies abroad and raise the profile of Canadian innovation in one of the world’s hottest investment markets.”

Canada’s prime minister, Justin Trudeau, told the World Economic Forum in Davos last week that Silicon Valley looks to the University of Waterloo “as a great source of brilliant minds and brilliant ideas” in large part due to its focus on entrepreneurship and the work of Velocity, North America’s largest free startup incubator.

“Our fundamental belief is that Velocity startups don’t need to relocate to the Bay Area to be successful but they do need to part of that community,” said Mike Kirkup, Director of Velocity. “This partnership will provide our companies with a base from which to leverage networks in the Valley, while building successful companies in Waterloo.”

“Canadian entrepreneurs need international sales and investments to scale their startups,” said Iain Klugman, CEO of Communitech. “By providing on-the-ground support in Silicon Valley—and in other strategic markets in the near future—we will help Canadian companies take advantage of greater opportunities for growth.”

“We are thrilled to launch Canada House with some of Canada’s strongest startup ecosystem supporters in Communitech, MaRS, Velocity and RBC,” said Joanne Fedeyko, executive director of C100. “We expect this to be the first phase of a much larger initiative that will provide our network with the opportunity to gain perspective into emerging technologies and will also provide access to best-in-class Canadian entrepreneurs.”

“We are excited to partner with C100 to provide Canada’s entrepreneurs with a technology home away from home and with access to resources and thought-leaders that could propel their businesses forward,” said Bruce Ross, group head of technology and operations at RBC. “Canada has a thriving community of innovators and Canada House will play an important role in showcasing their talents in the key Silicon Valley market.”

Based at WeWork’s Mid-Market location in San Francisco, Canada House will provide office space and meeting rooms, as well as access to international business networks, entrepreneurial talent, business development and investment opportunities for up to 25 companies. To be eligible, startups must have raised money or generated significant revenue, and must also be actively working with one of the partnering organizations: MaRS, Communitech or Velocity. Startups that have participated in a C100 program, such as 48 Hours in the Valley or TechWomen Canada, are also welcome.

Startups interested in becoming entrepreneurs-in-residence at Canada House should contact C100 or one of its partners for information and eligibility requirements.

About MaRS Discovery District
MaRS Discovery District (@MaRSDD) in Toronto is one of the world’s largest urban innovation hubs. MaRS supports promising young ventures that are tackling key societal challenges in the health, cleantech and information and communications technology sectors. In the last three years, these ventures have raised $1.3 billion in capital and earned $640 million in revenue. In addition to helping startups launch, grow and scale, the MaRS community is dedicated to cross-disciplinary collaboration, commercialization of discoveries and driving ideas to impact.

About Communitech
Communitech is an innovation centre in Waterloo Region that supports a community of more than 1,000 tech companies—from startups to rapidly growing mid-size companies and large global players. A member of the Ontario Network of Entrepreneurs, which is funded by the Ontario Government, Communitech helps tech companies start, grow and succeed.

About C100
C100 Association is a nonprofit member-driven organization that bridges Canadian entrepreneurs and innovative companies with Silicon Valley’s most influential Canadians with the explicit mission to help them win on the global stage. C100 connects promising startup founders and corporations to the Silicon Valley network and provides access to potential partners, investors, customers and mentors. Based in San Francisco, C100 offers monthly programs for visiting early stage Canadian founders as well as invitation-only events for growth stage startups and Corporate Canada.

About RBC
Royal Bank of Canada is Canada’s largest bank and one of the largest banks in the world, based on market capitalization. It is one of North America’s leading diversified financial services companies and provides personal and commercial banking, wealth management, insurance, investor services and capital markets products and services on a global basis. It employs approximately 81,000 full- and part-time employees who serve more than 16 million personal, business, public-sector and institutional clients through offices in Canada, the United States and 37 other countries. For more information, please visit rbc.com.?

RBC helps communities prosper, supporting a broad range of initiatives through donations, sponsorships and employee volunteer activities. In 2015, it contributed more than $100 million in donations, community investments and sponsorships around the world.