In the first half of 2019, VCs deployed $1.54 billion in South Florida, ranking the Miami metro area as the seventh-largest venture hub in the country, ahead of Austin, Texas, Chicago and Washington, D.C., according to a recent report by eMerge Americas.

This year’s investment activity already surpassed the $1.38 billion that the area received during all of 2018, according to the report, which sourced its data from PitchBook.

Miami’s venture ecosystem is still young but growing. Most local venture firms like Rokk3r Fuel, which raised a $200 million second fund in 2017, and Las Olas Ventures have been in the area for five years or less.

“Five years or six years ago there was no venture activity to speak of,” said Sanket Parekh, managing partner at Miami-based Secocha Ventures. “But a lot changed in those five years.”

Last year, 500 Startups chose Miami as the first U.S. location outside of the San Francisco Bay Area. The accelerator identified South Florida as an area with a potential to develop into a vibrant tech market.

Earlier this year, SoftBank opened an office in Miami and launched a $5 billion Latin America Innovation fund.  Most of the team managing the fund is running it out of SoftBank’s newly established Miami office. While the mandate of the Innovation fund is to invest in South and Central America, Miami area’s tech ecosystem will likely get a boost from SoftBank’s presence. 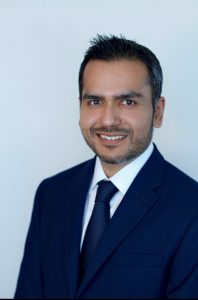 Miami’s connection to Latin America is attracting a lot of wealth from that region, but most of that money is still being invested in real estate, Parekh said. “Getting a small percentage of those assets diverted towards alternatives, such as venture capital, may be the single biggest opportunity of South Florida,” he said.

In fact, there is a growing list of proptech and construction tech startups taking advantage of all the real estate development in the area, Parekh said.

Another sign of Miami’s developing venture scene is increasing attendance at eMerge America’s annual tech conference, which has been running since 2013. This year’s expo that took place in April 2019 attracted more than 15,000 attendees, including investors, startups and large tech corporations.

“We had a lot of growth here in the last five years, but it now needs to get to the next level,” Parekh said.