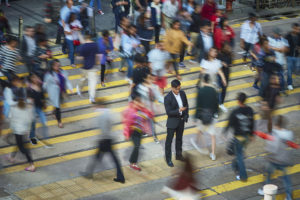 The firm, which is based in Seattle and has an office in Palo Alto, California, has appointed Tommy Teo as managing director and head of Southeast Asia to lead its first international premises, according to a statement.

Teo is a former executive director at Singapore’s Northstar Group.

Vulcan has earmarked an initial $100 million for direct early-stage venture capital across Vietnam, Indonesia and Singapore, the statement said.

“Asia currently represents about 5 percent of the portfolio, but we’re obviously looking to increase that considerably and that’s the reason for the opening of the office,” CIO Chris Orndorff told Private Equity International, an affiliate publication of Venture Capital Journal. Orndorff declined to disclose Vulcan’s AUM.

“We think of Asia as a series of very discrete markets and opportunities rather than a block, but we would expect to triple our current level of investment in the region to around 15 percent of the portfolio.”

Vulcan has also hired Minjie Yu, a former partner at Singapore’s Ethos Partners, as a managing director in the Singapore office, according to the statement.

“We have a very careful focus within Southeast Asia on Vietnam, Indonesia and Singapore as integral markets in this initial phase,” he said. “We’ll be opportunistic outside of these core markets and we’re looking for a three to five headcount in the Singapore office during the next 18 to 24 months.”

Vulcan participated in a funding round for Indian software startup Ally in August, according to Indian financial newspaper Mint. It had previously invested in Chinese web giant Alibaba, which listed in 2014, according to its website.

The firm invests almost entirely through directs and channels profits to philanthropic causes including wildlife and ocean conservation.

“Our investment style, which is more direct, lends itself to a physical office somewhere,” Orndorff said, noting that fund commitments account for less than 1 percent of its portfolio.

“If we were just going to invest in funds, we could probably stay in Seattle and fly out to visit GPs,” he said. “But because we really want to be involved with our companies, it’s important that we build a local presence.”

Southeast Asia has been voted the most attractive emerging market by limited partners for three of the past five years, according to data from EMPEA. CVC Capital Partners is expected to allocate half its fifth Asia fund to Southeast Asia and Warburg Pincus has an expanded mandate for the region in its $4.25 billion China-Southeast Asia Fund II.

Vietnam is particularly hot. PE dealmaking rose 41 percent last year to 38 deals, a peak for this decade, and spending more than tripled to $1.6 billion, according to data from Bureau Van Dijk. Drivers include a government push to privatize state-owned enterprises, improved corporate governance and a greater number of large companies suitable for private equity investment.

This story first appeared in Private Equity International, an affiliate publication. PEI reporter Alex Lynn can be reached at alex.l@peimedia.com.