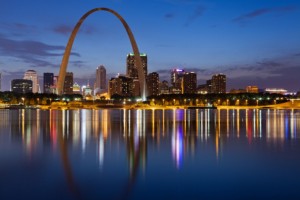 The Public School and Education Employee Retirement Systems of Missouri (PSRS/PEERS) committed more than $68 million into venture during its 2019 fiscal year.

NEA 17 launched in March with a $3.6 billion target. The fund hasn’t announced a final close yet.

New Enterprise Associates focuses on healthcare and technology investments from seed to late-stage.

Defy II closed in April on $262 million of commitments from 49 investors, according to a regulatory filing. Defy focuses on early-stage investments in consumer, enterprise and deep tech companies.

The private equity portfolio marked a 10-year return of 16 percent as of June.

The pension fund is looking to commit $1.1 billion to private equity over the next three years.

The pension fund was founded in 1946 and serves more than 221,000 retired and active teachers and education employees. The fund has more than $47 billion in assets under management.

LPs 8 hours ago
Added to your Saved Articles
Loading
Unsave Article
Please confirm you would like to remove this article from your saved articles.
Share with other subscribers
Only logged in subscribers of this site will be able to access the shared article.