Venture Capital Journal
Home News and Analysis Deals & Exits Momentum builds in the heartland as 128 new funds form in the... 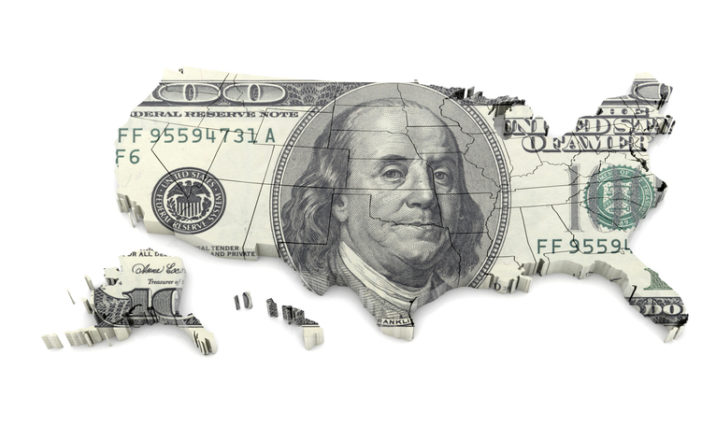 Seven years ago, When Greg Beaufait joined the firm that would eventually be called Dundee Venture Capital, the US Midwest was still mostly a novel place to invest. The coastal hubs were the center of activity then.

And although start-ups on the coasts still rake in a majority of dollars, the so-called flyover states between the Rocky Mountains to the west and the Appalachian Mountains to the east aren’t being entirely ignored anymore.

Venture capital investment into the central US increased more than threefold over the past decade from $5.8 billion in 2010 to $20.2 billion in 2019, according to a report from Crunchbase and Dundee Venture Capital.

In addition, more sources of capital have flooded into the region and 128 new venture capital firms formed there over the last 10 years, compared with 51 in the prior decade.

“One of our takeaways from the study is that for LPs, if you don’t have exposure to this region, you’re missing out,” said Beaufait, now a partner at Dundee Venture Capital, a seed-stage investor based in Omaha, Nebraska.

The firm raised more than $30 million for its second fund in 2017 and is in registration to raise a new fund. The target amount is undisclosed, and Dundee declined to discuss fundraising, citing SEC regulations.

The Dundee study in partnership with Crunchbase, called “State of the Mighty Middle Report,” looked at venture activity over the past decade in 25 states between the Rockies and the Appalachians.

As might be expected, the top 10 leading states for VC are Texas, Illinois, Colorado, Pennsylvania, Michigan, Minnesota, Ohio, Tennessee, Missouri and Indiana. Together, they comprise about 90 percent of the total dollars invested in the region, over both the decade and the last five years.

And while overall investments in the region were certainly helped in part by mega-deals, or many large late-stage rounds, investments across all stages increased throughout the decade, the study found.

Since 2014, seed-stage companies have raised more than $1 billion each year and $9.7 billion in total over the last decade.

Comparing 2010 to 2018, both deals and dollars at the seed stage grew significantly. The volume of seed deals grew from 770 to 1,584 while seed dollars grew from $550 million to $1.4 billion, more than doubling over the decade.

“In the Midwest, we see a lot of great founders at the seed stage and they don’t have a lot of crazy burn,” Beaufait added. “The tide has shifted. Companies here are getting capitalized and more investors are coming here.”

Greg Robinson, managing director at 4490 Ventures in Madison, Wisconsin, was recruited in 2014 from San Francisco to lead the new firm, which is named after the capital city’s latitude and longitude.

When he left the Bay Area, he said the usual response was, “You’re crazy to go there.”

Now, more people are seeing the available talent in the region, along with the fair pricing of companies.

“It’s hard not to notice the change over the last five years,” said Robinson, who was previously with Peninsula Ventures. “More investors are coming here to find ways to deploy capital here at various stages. Not many people ask why I’ve come here anymore.”

Some of the influx in the region has been driven by notable investors, including Drive Capital in Columbus, Ohio and Revolution’s Rise of the Rest fund.

“We came here because we saw the shift in growth and there’s a lower cost of capital and better quality of life,” said Mike Smerklo, co-founder and managing director of Next Coast Ventures in Austin.

Smerklo added that the Midwest will never replicate the size of breadth of Silicon Valley, but the region has proven it can produce results. “Plus, it’s easier to recruit entrepreneurs here,” he added.

As for what impact the covid-19 pandemic will have on VC funding long term is as of yet unknown.

The VCs interviewed noted they are focusing on their current portfolios while cautiously looking ahead. By most accounts, a slowdown in funding is expected in the second and third quarters as the pandemic and resulting economic downturn continues to impact markets.

Beaufait noted that founders and investors in the Mighty Middle have long focused on building solid companies with an eye toward profitability and capital efficiency.

He noted this is increasingly valuable in the current investing climate.

VC firms have raised record amounts in the last two years, and will continue to deploy capital into growing businesses, he said. The dollars show that is increasingly happening in the Midwest.