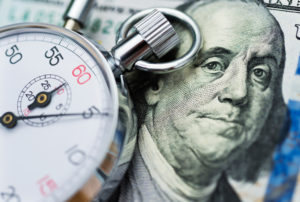 Editor’s note: Dear, reader. The following guest column was commissioned, written and edited before the covid-19 pandemic escalated in recent weeks. We recognize the impact the situation is having throughout the world and specifically on the venture community. Life won’t be normal for a while, but it likely will revert back to a degree at some point. Thus, the authors below and Venture Capital Journal decided to proceed and post as planned. We welcome your input on how covid-19 will impact term sheets.

Josh Kopelman of First Round Capital, the pioneering seed-stage venture firm that led the initial funding of Uber, recently offered up a stat that prompted a response from many in the industry.

That stat: First Round’s time from first contact with an entrepreneur to term sheet had collapsed from 90 days in 2004 to just nine today.

The revelation elicited many shocked reactions and some strong emotions in a Twitter debate that drew in several prominent VCs. For once, the stalwart piece of internet advice “don’t read the comments” didn’t apply, and what came after makes for valuable study for any VC, LP, or investor trying to understand the nuances of venture capital today.

The takeaway? That anyone who still believes due diligence is a one-way street is mistaken.

The raw statistics from Kopelman could be taken either as a source of great excitement or discouragement.

On the one hand, it’s invigorating to know that a top venture fund can now be ready to pull the trigger in little more than a week, a drastic reduction in what is often a stressful and time-sucking process for hopeful firms.

On the other, it’s potentially dispiriting for all those whose due diligence lasts any longer.

Anyone feeling that way should take time to scroll through the debate that unfolded on Twitter. Bryan Roberts, the health tech VC at Venrock, quickly weighed in with the observation that his time from first contact to term sheet has “gone strongly in the other direction.”

Roberts’ comment underlines how there is no longer a monolithic, one-size-fits-all model for venture funding. It’s not that Kopelman is right and Roberts is wrong. They’re simply two leading investors responding in their own ways to the changes they see in their respective industries.

The majority of responses to the nine-day time-frame, however, were some variant of “that’s nuts.” And it’s true that such a compressed evaluation period does seem insane compared to the historical norm. But Kopelman and others are merely responding to profound changes that are shaking up the business-as-usual VC model.

One is the sheer amount of capital chasing deals compared to the past. The global industry is now worth as much as $500 billion compared to $5 billion in the mid-1990s, a more than 100-fold explosion in size. This has happened over a period when product cycles have collapsed from over a decade to just a few years due to the disruption caused by tech.

Add to that the commoditization of funding brought about by Y-Combinator and other start-up accelerators and you have an environment where delay is generally not the VC’s friend.

No one is immune from the pressure. At our shop, we recently had a prominent start-up coach tell us that we need to be ready to offer a term sheet within 72 hours, and we’re far from the only firm receiving this advice.

While the rapid-fire process may seem nuts to an outsider, it’s a perfectly logical path for many venture firms to walk.

Of course, that doesn’t mean that all of them are doing it well. More than ever, the onus is on firms themselves to satisfy two separate areas of study:

Both learning the space and learning which entrepreneurs are capable of performing well is why so few firms end up winning big. Many of the sub-$100 million micro fund,.s that are springing up lack the experience and connections to take an investment beyond the seed stage.

The top-tier venture firms, by contrast, have exquisite skill and experience that helps shape a company early on and set it up for success later, in part because they’ve proven they can satisfy the dual-demands of due diligence.

Most really good firms are constantly in front of the kind of customers that buy their technology. They’re tracking talent, scouting deals, and don’t wait until something shows up on their doorstep to know what a company is worth to them.

That sort of due diligence has always been necessary. It’s just even more valuable now that numbers that used to be 90 are sometimes nine.