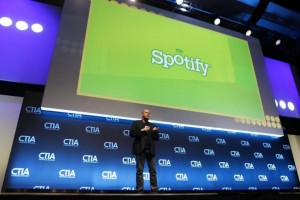 Online music-streaming service Spotify has raised $250 million in a new funding round, making it one of the world’s most richly capitalized start-ups, affiliated news service Reuters reported.

The new funding round was led by Technology Crossover Ventures, a Silicon Valley-based venture-capital firm, a person familiar with the matter said on condition of anonymity because the deal is private.

The cash can help the Swedish music service bolster its U.S. business, which trails services such as Pandora, and launch in other countries such as Japan. The newest financing brings the value of Spotify to more than $4 billion, according to the Wall Street Journal, which first reported the funding round on Thursday.

In July corporate filings in Luxembourg, where Spotify is registered, showed the company more than doubled revenue in 2012 to 435 million euros ($571 million), while its net loss increased to 58.7 million euros from 45.4 million a year earlier.

The business, launched in October 2008, strikes royalty deals with record labels and pays about 70 percent of its revenue back to rights holders. Spotify has about 24 million active users, of whom 6 million pay for a premium service, spokeswoman Alison Bonny said. It operates in 32 countries.

Streaming and on-demand music have soared in popularity alongside smartphone use, but companies like Spotify and Pandora – which has almost 68 million active listeners – have struggled to make profits due to the cost of royalty fees.

Earlier this year, Apple Inc introduced its iTunes Radio product, which is similar to Pandora, Spotify and other competitors.