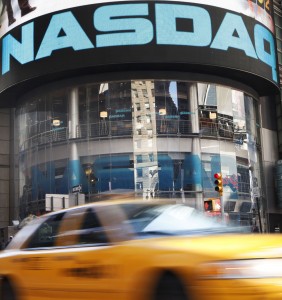 The first four weeks of the new year didn’t see any VC-backed IPOs, but Bob McCooey, senior vice president of new listings at Nasdaq, is optimistic about 2013.

“It could be a very very strong year, especially for VC-backed IPOs,” he says. “The most common names out there in Silicon Valley” are looking at IPOs.

Venture-backed Stemline Therapeutics was slated to go public in late January, but the long-term calendar overall remains opaque for new public offerings. Part of this is due to the confidential filing provision of the JOBS Act, introduced in 2012. Companies are no longer required to disclose their filings to the public, until three short weeks before their debut date.

The JOBS Act aims to help “emerging growth companies.” But qualifying with under $1 billion in annual revenue, the legislation promulgates a loose definition of “emerging.” Says McCooey in reference to the JOBS Act: “everybody’s using it.”

Although the act is designed to keep the companies from undergoing public scrutiny during the transition, McCooey jokes that sometimes even Nasdaq is out of the loop.“Thankfully, most companies disclose it to us.”

McCooey explains why many companies view the private process as beneficial. They can move forward, without “giving their competitor too much information.” He adds: “There’s no stigma attached with being on file” long-term. It’s not uncommon for companies to postpone IPOs due to adverse market conditions or weak demand.

While there are benefits to confidential filings, there are drawbacks, too. It gives companies less time to lure new investors. Although companies are in a quiet period leading up to an IPO, some still benefit from hype. And from an investor perspective, the collapsed pre-public window makes it harder to do due diligence.

Nevertheless, if early adoption rates are any indication, the confidential filing trend will continue.

One hotly anticipated IPO that was not confidential, was social media giant Facebook Inc. The biggest tech offering of 2012 listed on the Nasdaq, pricing in May at $38 per share. But in the weeks following, the stock plummeted. At one point, it was trading at less than half the initial $38. Following Facebook’s offering, there was a six-week halt on IPOs.

McCooey insists that Facebook “was not the reason why the market went down.”

Europe, especially Greece, was in a state of tumult, he points out. “Facebook got blamed,” but there were “significant issues going on.” All in all, the 49 VC-backed IPOs last year was almost on par with the 52 we saw in 2011.

Katie Roof is a New York-based contributor. She can be reached at katie.roof@gmail.com. She tweets at @Katie_Roof.