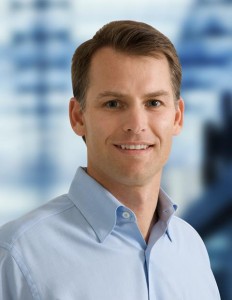 New Enterprise Associates said it has closed a $2.8 billion 15th fund that is its largest and likely the largest venture capital fund ever raised.

The firm said the bigger fund size reflects the level of opportunities it sees across the various technology and healthcare market sectors it targets for investment.

“We felt we were more comfortable putting a little more money to work,” said General Partner Peter Sonsini. With so many positive things going on, “you can’t be sitting on your hands.”

For the first time, the fund is being packaged with a separate $350 million opportunity fund that will allow the firm to put extra capital in companies where it has special conviction. The fund is expected to make about 15 investments alongside the firm’s core funds. The opportunity fund brings NEA’s total fundraising to $3.15 billion in new committed capital.

“We felt we were more comfortable putting a little more money to work. With so many positive things going on, “you can’t be sitting on your hands.”

NEA also announced that Scott Sandell has been promoted to managing general partner to run the firm alongside Managing General Partner Peter Barris. Sandell, who joined the firm in 1996, is already head of the technology practice and leads the firm’s investing activities in China. For the National Venture Capital Association, Sandell is almost done serving in his one-year term as chairman of the organization.

Sonsini said that leaving their full-time general partner roles at the firm are James Barrett, who is retiring, and Ryan Drant. Patrick Kerins will move from general partner to a special partner.

NEA’s latest mammoth vehicle is the largest fund raised by a venture firm, according to data from Thomson Reuters. A small handful of larger funds with a venture component have been raised by private equity firms, such as Summit Partners and Warburg Pincus.

About 60 percent to 70 percent of the new core fund is earmarked for early-stage investing through the Series B round in which NEA will typically be the first money in. About 35 percent of the fund will be dispersed as growth capital.

The majority of investing will focus on U.S.-based companies, with about 10 percent to 15 percent targeting China, India and the rest of the world.

Sonsini said the strategy with the new fund will remain consistent with previous funds. The firm targets enterprise systems and consumer technology, including software and services, along with biopharma, health care services and medical devices.

The firm also is not put off by high valuations. Exits have been bigger and valuations haven’t been low for a while, Sonsini said.

“We’re not intimidated by that,” he said.