Neil Tolaney has rejoined TCV as a general partner after four years at Francisco Partners.

Tolaney will lead TCV’s investments in the consumer internet, digital media and subscription industries. Tolaney, who joined a team of around 20 business-to-consumer-focused investors, officially started on March 2 out of the firm’s office in Menlo Park, California.

TCV is set to capture the rise of subscription-driven businesses and back entrepreneurs who are engaging customers in the consumer internet space, said Tolaney in an interview with PE Hub, an affiliate publication of Venture Capital Journal.

“We see a number of companies that are monetizing on the subscription business model, but we are focused on backing companies that can thrill consumers at the same time,” Tolaney said. “We will be backing consumer vertical marketplaces that are not only acquiring customers, but also engage them and sustain that engagement.”

TCV has a track-record of backing successful subscription businesses, including Spotify, Netflix and Peloton, Tolaney said.

The new position marks a return to TCV for the tech investor, as Tolaney worked on the firm’s growth equity team as a vice president from 2011 to 2013. During that time, Tolaney was involved in investments in Facebook, AppNexus, Minted and Prodege.

Tolaney rejoined TCV after four years at Francisco Partners, where as partner he led consumer internet transactions and was responsible for growth investments and buyouts. Most recently, Tolaney served on the boards of digital consumer brands LegalZoom and Pet Circle.

He also comes to TCV with operating experience. From 2013 to 2016, Tolaney served as a managing director of PersonalizedMall.com, an online direct marketer and retailer of personalized products, which was acquired by Bed Bath & Beyond in 2016.

TCV in recent months has accelerated its firm-wide expansion through hiring. In December, the firm added Gopi Vaddi to its London team to capture a bigger share of the European tech market.

In October 2019, TCV launched a seven-member portfolio operations team. As part of the initiative, TCV brought on Susan Clark to lead the team as a general partner.

TCV is a tech-focused growth equity firm with offices in New York and London. Since its 1995 inception, the firm has invested more than $13 billion across the technology industry, with investments in the software, business and financial services, infrastructure, and internet sectors.

TCV is investing out of TCV X, which closed in January 2019 on $3.2 billion. The firm typically makes equity investments between $50 million and $300 million-plus. 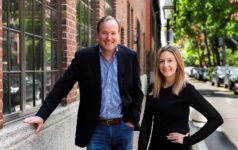 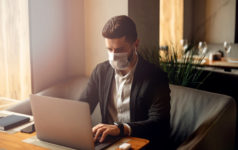 8 things investors can do during the covid-19 outbreak