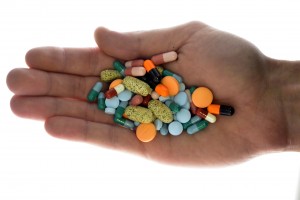 Since the summer of 2013, an army of scientists has been scrambling to launch an all-out, decade-long, $3 billion research effort to map the human brain.

They are responding to President Barack Obama’s call to build a large-scale simulation of how the brain works, much as scientists sequenced the human genome by the early 2000s.

Despite the push, don’t expect any drugs to appear anytime soon at a pharmacy near you.

Extracting new treatments out of this decade-long research project could be years, if not decades, in the future, said Kevin Kinsella, co-founder of La Jolla, California-based venture firm Avalon Ventures, one of several investors exploring the space. Others include Third Rock Ventures and the accelerator Rock Health.

“The human brain is the most complicated structure in the universe, and we’ve never seen anything like it,” Kinsella said.

“While mapping the human brain is very worthwhile, I personally don’t see a payoff of that in terms of therapeutics for brain-related and cognitive diseases,” he added.

Of course, there are exceptions.

Life science IPOs have been spiked in 2014. The latest came in mid-July when Sage Therapeutics. The Cambridge, Massachusetts-based company, which has been promised a quick review of its new drug in development for a rare form of epilepsy, launched a successful IPO on Wall Street, floating 5.75 million shares at $18 a share and raising $103 million in cash.

The company increased the number of shares offered by 1 million to fatten the kitty, with the price per share surging 60 percent in the first day of trading.

It was solid validation for Chicago’s Arch Venture Partners and Third Rock Ventures, which launched Sage in 2011. In March, the two were among an A-list of biotech investors participating in a $38 million Series C round, including OrbiMed Advisors, EcoR1 Capital Management, Foresite Capital Management and two unnamed “blue chip” public funds.

The Sage success story aside, Kinsella noted that Avalon is not waiting for a national initiative for new investment ideas involving brain diseases, and the firm has explored the sector on its own. He and his partners have jumped on new opportunities as they surface from academic laboratories.

Avalon launched and funded Afraxis, which developed a treatment to combat Fragile X syndrome, an inherited mental impairment in boys, as well as other disorders affecting the central nervous system, such as Alzheimer’s disease and autism.

According to the Centers for Disease Control and Prevention, one in every 42 boys is diagnosed with autism, which could be a big market for impactful drugs.

Avalon has not disclosed how much cash it has pumped into Afraxis. The Thomson Reuters database reports that the La Jolla, Calif.-based company has raised $2.73 million, but published reports say it is as high as $12 million.

In January 2013, Genentech, now a F. Hoffmann-La Roche AG subsidiary located in South San Francisco, licensed one of the company’s compounds in a deal that could be valued up to $187.5 million if Afraxis hits its targets.

The Alzheimer’s Association predicts the cost of care for those with the dreaded disease will be $214 billion this year.

“The diseases of the brain are still a vast mystery to us, whether we’re talking about Alzheimer’s or schizophrenia or manic depressive illness,” Kinsella said. “There are clues, but they are like surface clues, and we have yet to get to the core of any of them.”

VCs are not averse to putting cash into new companies seeking to develop treatments for such diseases and disorders as Alzheimer’s, autism and Parkinson’s disease.

San Francisco-based seed fund and business accelerator Rock Health is one of the investors behind Palo Alto, California-based Neurotrack, which is developing an eye test to predict Alzheimer’s three to six years ahead of onset, and San Francisco-based Acumen, a startup developing a smartphone video technology that parents can use to help diagnose autism in their family.

“We have no treatment for the millions and millions of people who suffer from this devastating disease,” said Halle Tecco, co-founder and CEO of Rock Health. “Most experts will tell you that we know the targets, we have the molecules, but simply cannot get the drugs tested on the right people most likely to develop Alzheimer’s before this irreversible disease has destroyed key memory centers.”

Acumen CEO Jessica Owens, who was a partner at Kleiner Perkins Caufield & Byers and entrepreneur-in-residence at Versant Ventures, said early intervention is critical in reducing the impact of autism.

With Acumen’s technology now in testing, parents can take a video of their child and send it to an expert for review and suggested therapies. Owens said the test fits within Obama’s goal of getting healthcare to function better, cheaper and faster, and she noted that the technology could be expanded to other disorders and diseases.

“The key to all of health care is expanding access to the quality of care while lowering costs,” Owens said.

In February, Third Rock Ventures, with offices in San Francisco and Boston, organized, launched and then injected a $45 million Series A round in Cambridge, Massachusetts-based Voyager Therapeutics, which is pursuing gene therapy to treat diseases of the central nervous system, such as amyotrophic lateral sclerosis (ALS) and Huntington’s disease, as well as Alzheimer’s and other forms of dementia.

Partner Steven Paul, former president of Eli Lilly & Co’s research labs, said the potential treatment might be minimally invasive, because it could be injected into the spinal cord rather than the brain.

He said gene therapy as potential treatment has progressed to the point where it is getting better results. That’s good news for investors, many of whom are critical of the healthcare industry and the length of time and amount of backing it takes to support companies through the drug development process.

Paul said he cautiously supports President Obama’s brain-mapping effort, but like Kinsella, he too is cautious, even with his own investment. He said the goal is to develop better tools that can help improve research, which can then be used to pursue new treatments and therapies for brain diseases.

“It’s going to yield large amounts of valuable information,” he said. However, he added, “Don’t expect any drugs to come to market for at least a decade.”

Avalon’s Kinsella said that it is not venture capital’s role to spend money on long-term research. Projects can take years, if not decades, to get to the patient.

And he said most new drugs fail, such as those developed for Alzheimer’s. Only two drugs out of 144 passed clinical trials in recent years.

He said VC funds have a 10-year timeline to invest and exit.

“We like leading-edge stuff, things that are ripe to be commercialized, but if it is still a science experiment, it’s not going to be a worthwhile investment,” he said.