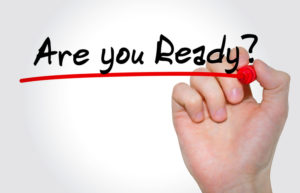 If the recent rise in the price of bitcoin offers a message it is probably this: The winter of digital money is over.

Beginning in early May, this speculative electronic currency rocketed to more than $12,600, only to pull back to about $10,000 by mid July.

Underpinning it as well is another less obvious takeaway: A new era of crypto might be here.

Gone is the multibillion-dollar ICO fervor of the past two years. Few startups even think “token” anymore.

Gone, too, for the most part is the unbridled idealism of cryptocurrencies and protocols as autonomous, largely decentralized emblems of a post-government age. No better proof of this is Facebook’s proposed Libra, a centrally controlled currency that, while facing governmental hurdles, stands as the antithesis of the original bitcoin spirit.

Tempered too is last year’s surge of venture investing in blockchain startups, with partners now holding their breaths and waiting for the fruits of the money in the ground to begin to ripen.

“The interest level remains incredibly strong” among investors, said Hu Liang, CEO of Omniex, a company providing a trading platform for crypto assets. “They are just exercising restraint and due diligence. They are being more selective.”

Yet there is more to the story than that. There are signs of a shift in sentiment steering investments in a new direction. Investing in a company simply because it has a blockchain is no longer enough. Today the use case seems to come first and the choice of the technology second. If crypto isn’t fundamental to a business model or market strategy, it might as well be dismissed.

This increasing selectivity is making attractive startups harder to find.

Yet many devoted crypto investors remain committed to the space. In June, Union Square Ventures signed on as a founding member of the Libra Association governing Facebook’s digital currency with a financial investment.

The same month, the firm also co-led a $15 million investment in Helium, acquiring equity as well as tokens that will be earned over several years as Helium’s hotspots and decentralized network infrastructure roll out.

Digital Currency Group — by some measures the most active venture investor in the space with 145 companies including Decentraland, Decent and Filament — also continues to invest.

The firm has made seven or eight investments through midyear, compared with 25 in all of last year, said Travis Scher, vice president of investments.

“Things have been a little slower on the venture side” this year as 2018’s bear market casts a shadow over startup activity, Scher said.

But he expects activity to increase as more developers enter the space and the rise in bitcoin gives investors more conviction. This will likely include money for companies building tools, middleware and apps for new protocols.

“It feels like almost every firm is or has been working on a blockchain thesis,” said Marc-Antoine Ross, CEO of blockchain tools provider dfuse. “Some of them are way more advanced than others. Some are still working on persuading their LPs.”

At Ulu Ventures, the firm joined a $65 million round in February for Figure Technologies, which is using blockchain in the home-equity lending market. The company’s plan is to post documents on a blockchain for ease of access.

Ulu followed this in July with a digital token deal involving Provenance Blockchain, which spun out of Figure with the blockchain technology. The token entitles holders to a revenue stream based on fees. From a regulatory perspective, Provenance views its token as a security and plans to abide SEC rules.

“It looked like a good deal to buy the token and we did,” said Managing Director Clint Korver. “It’s super above board.”

What it shows is how tokens, along with the blockchain, are being tied more closely to business models rather than simply capital raising.

“We would argue this approach is trying to understand the intrinsic value of what’s being created,” Korver said.

This change is not lost on entrepreneurs, few of whom turn to tokens today. Most favor traditional equity investments, including dfuse, which raise $3.5 million of seed funding in June in a deal led by Multicoin Capital and Intel Capital.

“Tokens are not dead,” Ross said. But “we don’t believe everything needs to be tokenized.”

Another company with a creative approach to tokens is Helium. It is building a pair of tokens into its business model. One is earned, or mined, by operating hotspots and the second is consumed for transferring data.

Andreessen Horowitz relied on tokens when it invested in MakerDAO, or stablecoin, in September. The firm invested $15 million in return for MKR coins that control the system.

Tokens have a role to play, Scher said. But protocols and projects need to show tokens have utility, and that they provide incentive to people and encourage trust. It will take experimentation to get it right.

Scher said he is closely watching the new wave of projects, such as Decentraland.

“I think they are interesting,” he said. “I think it is super early.”

Still, early may be the right time to take a careful look.