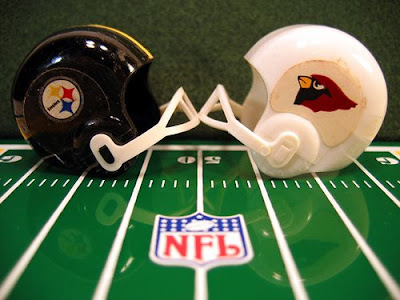 By the time you own part or all of a professional sports team, you’ve made it financially.

But titans of industry rarely settle for the riches they have, and NFL owners are apparently eyeing a new way to grow their vast stockpiles of cash: by becoming venture capitalists, too.

According to a story in today’s SportsBusiness Daily, the NFL is planning to form a “more than $32 million” venture capital fund to invest in “startup media, technology, and entertainment businesses that tie into football.” Each team’s owner or owners would chip in a minimum of $1 million, with an agreement that they’d pony up more if the right opportunity arose.

The NFL would be “the first league to pool owners’ money to invest in outside businesses,” the story reports.

It may not be as laughable as it sounds. For starters, $1 million to many NFL owners is like $1 to the rest of us mere mortals. For them, participating in a modest-size venture fund would probably be akin to playing the SuperLotto.

And protracted lockouts aside, the league has a long history of smart business dealings, including its many licensing deals, such as with Nike, Electronic Arts and countless other partners.

Aside from the question of why the owners would want to bother (surely they have money managers who can get them into deals?), the greatest challenge would center on access and expertise, two problems the owners could potentially solve by hiring the right investing team. There aren’t details about who’d run the fund yet, though, likely because the owners have yet to vote on whether or not to move forward. The SBJ suggests a formal decision will probably come when the owners gather again next, in December. (Our own press request to NFL spokesman Greg Aiello has not yet been returned.)

If history is any indication, taking investment advice from NFL players themselves – who may be given the opportunity to co-invest with the league – would probably be a lousy idea. At least, so far, their star power hasn’t translated into very promising results when it’s come to the startup world.

As most peHUB readers already know, HRJ Capital, a fund of funds firm co-founded in 1999 by Harris Barton, a former right tackle with the San Francisco 49ers, imploded spectacularly in 2009. But other failures dot the landscape of NFL-backed deals. Among them is Seattle-based YoubeQB, a now-defunct online fantasy game that launched in 2007 with funding from HRJ and former Seattle Seahawks President Bob Whitsitt. (The company never disclosed how much it had raised.)

Another, much bigger bust, was Pay By Touch, the biometrics startup designed to let users make purchases by swiping a finger over a scanner. It went bankrupt five years after its 2002 founding, but not before burning up hundreds of millions of dollars in financing in the process, including from former New England Patriots quarterback Drew Bledsoe and six other NFL players.