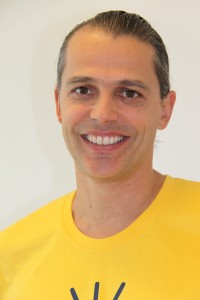 The European Investment Fund is the lynchpin of Europe’s venture capital market, providing up to 40 percent of all fund commitments each year. Yet some object to a mainly taxpayer-funded body propping up an industry that rests on private enterprise.

Matthias Ummenhofer, head of venture capital at EIF, recently chatted with VCJ about the organization’s ambitions to scale back its venture funding, and how a sustained improvement in industry performance should allow it to do so.

Q: How have European VCs changed since the dot-com bubble?

A: It’s a completely different landscape today than 2001.

The industry has gotten much more professional. And a new breed of GPs emerged about five years ago that was not the typical set-up we saw during the dot-com bubble, when people from consultancies and finance got together and did venture.

Today, there are serial entrepreneurs, angels and technologists teaming up, putting a fair amount of their own money into funds and having focused and specialised investment strategies.

Q: What’s your relationship with them?

A: As a spider in the net, we have such a privileged position. We hear about and see everything, so we can really help by introducing people and bridging gaps across geographies, languages and legal systems. The EIF today contains many more people from within the venture industry, with the motivation and experience to interact with the industry.

Sometimes, people are unhappy with us not following up on funds, but that’s usually for performance reasons. Our shareholders want to see that this is a sustainable model for us.

Q: Will the EIF reduce its role in European VC funding?

A: I could never have said this before, but within four to five years I can imagine the EIF stepping back from taking cornerstone positions with established managers.

However, we will still have this role to play in the emerging manager space and to some extent we need the returns from the well-performing guys to subsidize our efforts there.

If you look at the performance of fund vintages after 2004, it’s looking increasingly promising. People are delivering on the promises they made to LPs and more realizations are happening, which alongside some of the spectacular exits are triggering a lot of interest from investors in the U.S. and Asia.

In one big fund closing last year, an Asian investor shipped in more than €60 million ($83 million). We also just saw a final close with a big American bank putting in about €60 million; those are the kind of things we haven’t seen in the last 10 years.

Another recent development has been interest from European family offices, which shied away completely from venture in previous years. The data shows that it’s not just a little bubble in gaming or somewhere else, but that the performance of European venture can be sustained.

Q: How important is the creation of a deep exit market within Europe to the long-term viability of its venture capital sector?

There are many initiatives to create exchanges, but they are all sub-scale. If you don’t align everybody and achieve critical mass not only in terms of liquidity but also in analyst coverage, it won’t be possible to create something that meets expectations.

AIM may develop further and play a role in some segments, but I guess it won’t live up in the near future to what the U.S. public markets and even parts of Asia can offer.

Nonetheless, for many VCs today, the investment strategy doesn’t assume a best case of an IPO. The best case is an M&A, which still provides an interesting return, and in the majority of cases trade sales enable funds to perform pretty nicely. M&As within Europe are still somewhat missing from the picture, however.

Q: Do European VCs deserve the reputation of being more risk-averse than their U.S. counterparts?

A: People say that the European VCs are not really venture capitalists, that they are more like bankers. But this is too simplistic.

It’s true that VCs today do a more thorough job in evaluating risks and opportunities, but I wouldn’t say there is much difference in risk appetite between Europe and the U.S. It’s just that the opportunities are evaluated differently.

If you look at the upper range of U.S. firms, they take more risk, but they are better equipped for it. They have the means to finance companies through and they have the clubs who syndicate together, so they can be pretty sure that they can make it to exit.

In Europe, the first issue is whether others in the syndicate will follow through. Secondly, are you prepared to take a big risk knowing that to get the home run you would need to get an IPO in the U.S.?

There is a lot of non-European money flooding the market and some people are coming into Europe for the first time, so there will be mistakes.

At some point you have ask whether in some segments it would be wise to skip a fund generation because it’s a cyclical business.

This is not something for this year, but it will occur in some segments and it will be tough. When we turn down managers with whom we’ve had long-standing relationships, they won’t understand.

But I always tell people to enjoy the moment. Things are going well in Europe.