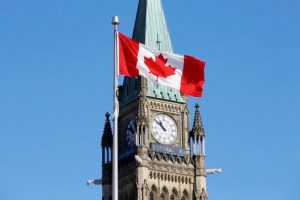 OTTAWA, June 26, 2018 /CNW/ – Investment is fuel for companies of all sizes, yet it’s especially important to small and medium-sized firms looking to grow. Venture capital can help companies—particularly those that are scaling up— transform big ideas into game-changing innovations.

Today, the Honourable Navdeep Bains, Minister of Innovation, Science and Economic Development, and the Honourable Bardish Chagger, Leader of the Government in the House of Commons and Minister of Small Business and Tourism, announced the first round of investments under the Venture Capital Catalyst Initiative (VCCI).

As announced in Budget 2017, the Government of Canada, through the Business Development Bank of Canada (BDC), will be making available $400 million to increase the availability of late-stage venture capital in Canada through the Venture Capital Catalyst Initiative (VCCI). With funds leveraged from the private sector, this investment could inject approximately $1.5 billion into Canada’s innovation capital market. This funding will complement support provided by other programs under the Innovation and Skills Plan to help grow Canada’s innovative high-potential start-ups.

Under this first stream of VCCI, the Government of Canada is investing in five new large funds-of-funds that will invest in venture capital funds on a national scale, with a focus on Canadian start-ups, as well as directly into young firms in the scale-up stage of rapid growth.

The five funds-of-funds managers to receive investments under VCCI are:

These managers will now start to raise additional capital from the private sector of no less than 2.5 times the amount of capital made available to them from the Government of Canada and provincial governments.

Each recipient demonstrated how it will enhance diversity and increase the participation of women across the venture capital ecosystem, and recipients will report on the outcome of their strategies.

This initiative will increase business investment in Canada, improve the venture capital ecosystem across the country and boost Canada’s economic competitiveness.

“Across Canada, you can find small and medium-sized firms with innovative new products and services. These companies often need an injection of capital to scale up and make their mark on global markets. This announcement under the Venture Capital Catalyst Initiative, part of the Innovation and Skills Plan, furthers the Government of Canada’s work to create an investment environment where made-in-Canada breakthroughs can challenge the status quo and change the world. I look forward to all the future benefits and new jobs resulting from this announcement.”
– The Honourable Navdeep Bains, Minister of Innovation, Science and Economic Development

“As Minister of Small Business and Tourism, I’ve heard from entrepreneurs across Canada about the importance of finding the investment needed to fuel growth and take advantage of new opportunities. Today’s announcement of the first stream of recipients under the Venture Capital Catalyst Initiative makes it more likely that emerging businesses with fresh new ideas will find the capital and investment partners they need to scale up and create good middle-class jobs. This important initiative will help increase gender equality in the venture capital industry and support not only women-led investment funds but also women-led companies as they grow and compete.”
– The Honourable Bardish Chagger, Leader of the Government in the House of Commons and Minister of Small Business and Tourism

“The VC industry plays an essential role in helping our most innovative entrepreneurs get started and scale their companies to compete with the best in the world. BDC is uniquely positioned to support this initiative. As the most active VC investor in the country, BDC Capital, our investment arm, can unite the best players in the ecosystem and create a new generation of international champions for a more prosperous Canada.”
– Michael Denham, President and Chief Executive Officer, Business Development Bank of Canada

The recipients announced today are were chosen through a rigorous selection process informed by a selection committee of highly qualified industry experts as well as experts at the Business Development Bank of Canada and Innovation, Science and Economic Development Canada.
In 2017, Canada’s venture capital industry invested $3.5 billion in deals, marking the eighth straight year of continued growth and the most capital invested in a year since 2001.
This first stream of VCCI will increase the supply of late-stage venture capital in Canada to support young, high-potential companies in growing and in further developing their ideas into marketable products.
VCCI supports the work of the Business Development Bank of Canada, which is the largest single venture capital investor in Canada with a portfolio of about $1 billion in commitments supporting nearly 700 high-tech businesses.
The Canadian Venture Capital and Private Equity Association attributes much of the growth in venture capital to the impact of the Government of Canada’s support for venture capital. VCCI will continue this momentum.
Small and medium-sized businesses account for about 99.7 percent of all companies in Canada.
Follow Innovation, Science and Economic Development Canada on Twitter: @ISED_CA