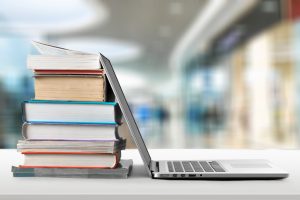 The fund will invest in Series A and B rounds, putting $2 million to $5 million into four to five companies per year, according to the fund’s Investment Director Owen Henkel. Pearson Ventures will typically participate in deals as a co-investor, but will not lead rounds, he explained in an email.

The CVC is particularly interested in backing startups focused on employability, lifelong learning, and next-generation assessment tools.  The fund will look for companies that use artificial intelligence, mobile-first delivery and augmented and virtual reality technologies.

The fund intends on investing in geographies where the company already has a strong presence, mainly United States and United Kingdom. But Pearson Ventures will also explore opportunities in South Africa, Brazil, India, China and Australia, according to Henkel.

Pearson has previously made venture investments through its Pearson’s Affordable Learning Fund. PALF has invested more than $20 million in such education startups as Avanti Learning Centers and Karadith Path in India, SPARK Schools in South Africa and HarukaEDU in Indonesia, returning more than $7 million to the company.

The learning company is also a limited partner in Learn Capital, an edtech-focused fund, which invested in Generally Assembly and VIP Kids.

Pearson wants the fund to develop relevant educational technologies and to provide financial returns, but the company doesn’t have plans to buyout its investments.

“While we will have the capital for follow-on investments, Pearson Ventures is not a pipeline for acquisitions,” Henkel said.