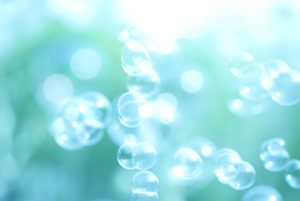 For months, years, in fact, Silicon Valley has appeared to be in a tech bubble. And yet the debate has raged on without a conclusion. Until now.

So are Silicon Valley venture capitalists investing like it is 1999? The answer is a rather clear “yes.”

This is perhaps the most interesting observation from the MoneyTree Report’s Q2 venture investment numbers, which show overall that venture capitalists in the United States set a 13-year record by investing $13 billion in startups. The MoneyTree Report was published in mid-June by PricewaterhouseCoopers and the National Venture Capital Association, based on data from Thomson Reuters (publisher of VCJ).

Drill into the numbers and 55 percent of the quarter’s money—$7.09 billion—went to startups in Silicon Valley. This is the fifth highest total in 19 years, trailing only the four quarters of 2000 and the final quarter of 1999, the period at the height of the dot-com boom against which all bubble comparisons are made.

Zero in a little tighter and the second quarter of 2014 is only a whisker below two of these dot-com bubble quarters. In the fourth quarter of 2000, VCs invested $7.13 billion in Silicon Valley companies, or just 0.5 percent more than this year’s second quarter.

In the fourth quarter of 1999, the difference is just 5 percent. VCs put $7.45 billion to work in Silicon Valley then.

Quarterly investments totals from the bubble years in 1999 and 2000, compared to the first two quarters in 2014.

For two of the three remaining quarters, this year’s second quarter trailed by 18 percent and 21 percent. A noticeable difference, but not a shocking one. In the final quarter, it is 31 percent below.

So while this year’s second quarter isn’t quite at the peak of the dot-com years, it is essentially within the range of the top five venture bubble quarters of all time.

By contrast, the venture industry as a whole invested in this year’s second quarter less than half of what it did in the second quarter of 2000. No bubble here.

Venture capitalists point out that companies today are far more substantial than they were during the dot-com boom, an entirely fair claim. The companies have significant revenue, impressive growth, generally sustainable business models and genuine prospects of profits down the road. Valuations, VCs claim, are supported by reality, despite sometimes gargantuan post-money deal sizes.

However, in terms of sheer cash on the barrelhead, the valley has entered bubble territory. And no one can forget what happened last time. The dot-com collapse sent the venture industry into a tailspin.

Unfortunately, the trouble with bubbles is they are not always clear until after they pop. So by definition, more proof won’t arrive until it is too late.

This story first appeared in Reuters Venture Capital Journal. Subscribers can read the original report here. To subscribe to VCJ, click here for the Marketplace.