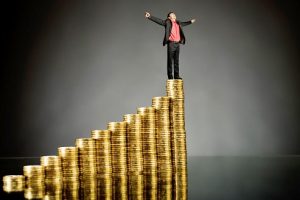 Public pensions have piled into New Enterprise Associate’s newest fund, which is targeting $3.6 billion. They have committed $885 million, or about 25 percent percent, of NEA 17, according to data gathered by Private Equity International, an affiliate of Venture Capital Journal.

It isn’t clear when NEA plans to hold a final close on the fund, its largest to date, which it began to formally raise in March.

NEA 15, a $2.8 billion fund, is performing well. The 2015 vintage vehicle had a 23.6 percent internal rate of return as of June 2018, according to a Los Angles City Employees’ Retirement System report. The performance of Fund 15 may have contributed to LACERS’ decision to commit $35 million to NEA 17. (LACERS bet big on NEA even though its advisor recently recommended it cut back on its venture commitments.)

LPs 7 hours ago
Added to your Saved Articles
Loading
Unsave Article
Please confirm you would like to remove this article from your saved articles.
Share with other subscribers
Only logged in subscribers of this site will be able to access the shared article.