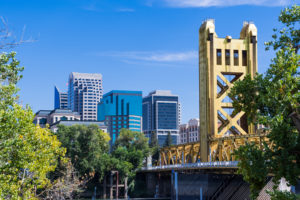 A recent fund from Trinity Ventures tops the return charts for Sacramento County Employees’ Retirement System for the second quarter in a row with Khosla Ventures‘ fourth fund close behind.

Trinity Ventures XII posted an internal rate of return of 20.6 percent in Q1 2019. This made the fund the top individual performer across alternative asset classes in the SCERS portfolio during the three-month period, according to a quarterly investment report created for the pension fund’s Sept. 18 meeting.

The vehicle previously clocked a 27.5 percent return in Q4 2018, the second highest for that period.

The latest performance report marks a sharp turnaround for the fund, which posted a dismal return of -7.6 percent during the third quarter of 2018. It was the worst performing private equity fund in the firm’s portfolio that quarter.

At only about four years old, the fund is expected to see performance swings as it matures. The Trinity fund was a backer of Figure Eight, formerly known as CrowdFlower, which Appen paid $300 million to acquire earlier this year, according to investment data from Thomson Reuters. But the database didn’t list any other known exits from Fund XII, and it’s not clear what other investments the Trinity fund participated in.

SCERS committed $30 million to Trinity Ventures XII, which closed on more than $400 million in late 2015. The fund is still investing and is focused on early-stage tech companies. Trinity Ventures is currently in registration to raise $250 million for its 13th fund, according to a regulatory filing on July 18.

The SCERS report also highlighted that Khosla Ventures IV had a strong performance during the first quarter of the year.

The fund produced the third highest return for the pension fund in Q1 and garnered a 14.2 percent net IRR.

The Khosla fund backed Guardant Health, which went public last year, and Nutanix, which debuted in 2016, according to Thomson Reuters.

SCERS committed $10 million to the Khosla vehicle, which closed on more than $1.05 billion in October 2011. The fund focuses on early-stage investments in cleantech, IT, mobile and internet technology.

Growth equity investor Spectrum Equity was also listed in the investment report, but as one of the lowest performing funds for its $1.25 billion eighth fund. The two-year-old fund returned -4.5 percent in Q1. The pension fund made a $25 million commitment to the fund prior to its 2017 close.

SCERS allocates its VC commitments to its private equity bucket. The firm targets a 9 percent allocation for private equity, which currently makes up 9.4 percent of the portfolio as of the end of H1.

The pension fund’s private equity portfolio posted a 5 percent return during Q1, which was the highest across its alternative asset classes.

Recent venture commitments by the pension include $20 million to Threshold Ventures‘ third fund (the rebranded early-stage team previously known as DFJ) in July and a $20 million commitment to New Enterprise Associates‘ $3.6 billion 17th fund in June.

SCERS was founded in 1941 and currently serves more than 28,000 members. The fund has more than $9.5 billion in assets under management. 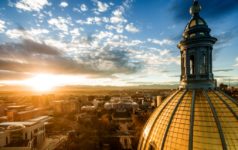 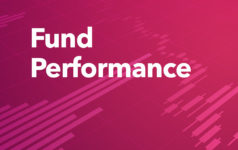 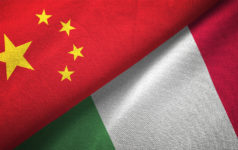