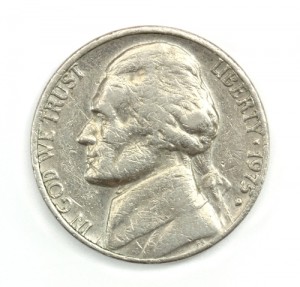 (Reuters) – The U.S. Securities and Exchange Commission unveiled a one-year “tick size” pilot program to let some stocks trade in five-cent increments instead of one-penny increments.

In an order late on Tuesday, the SEC directed U.S. stock exchanges and the Financial Industry Regulatory Authority to work together to submit a plan in the next 60 days to implement the pilot program.

A “tick size” is the minimum pricing increment that can be used to trade securities.

The practice known as “decimalization,” in which the SEC required all listed stocks to be traded and quoted in one-penny increments instead of fractional increments such as one-sixteenth of a dollar, was introduced in 2001.

Stock exchanges and financial industry executives have long urged U.S. securities regulators to back a program to test a change in the way shares are priced, in a bid to generate more investor interest in small and mid-sized companies.

Proponents of such a program have said widening the bid-ask spread would provide brokerages more money to pay for research and drive greater interest in illiquid stocks.

“Such a pilot should facilitate studies of the effect of tick size on liquidity, execution quality for investors, volatility, market-maker profitability, competition, transparency and institutional ownership,” according to the SEC order.

The pilot will consist of a control group and three test groups. The test groups will have 300 stocks each and will include stocks of companies that have a market capitalization of below $5 billion, an average daily trading volume of one million shares and a share price of at least $2.

The third test group will have similar requirements as the second group but also be subject to a “trade at” rule, which could limit how much trading occurs inside brokerages and in alternative trading venues known as dark pools.

The stocks in the control group will be quoted at the current tick size increment of 1 cent per share and trade at the increments currently permitted.

(Reporting by Supriya Kurane in Bangalore; Editing by Gopakumar Warrier)