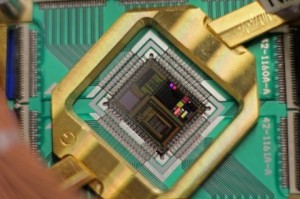 D-Wave Systems Inc has raised an additional $28.4 million in venture capital financing according to a new filing with the U.S. Securities and Exchange Commission.

The Burnaby, British Columbia-based company, which designs and manufactures quantum computing and superconducting electronics, secured the latest round from a mix of new and existing investors.

The company’s prior round, totaling $30 million, closed in October 2012. Not including the amount cited in the SEC filing, D-Wave reports having raised more than $130 million in venture capital and government grants since inception.

In an exclusive peHUB Canada feature, Jérôme Nycz, executive vice-president of subordinate financing and venture capital at the Business Development Bank of Canada (BDC), said that among technology startups D-Wave is “a real game-changer.”

“It’s not every company that makes it to the cover of Time magazine. And certainly not many Canadian companies—but D-Wave has,” he said.

BDC was one of the company earliest backers, first investing in 2003.

D-Wave’s founders include CTO Geordie Rose and Haig Farris, president of Fractal Capital. Its president and CEO is Vern Brownell. Vanedge Capital Partners managing partner V. Paul Lee is the chairman of the company’s board of directors.

Last year, D-Wave hired Silicon Valley supercomputing veteran Robert “Bo” Ewald as head of its U.S. business and as global CRO. At the time of the hire, the company opened its second office in Palo Alto, California.