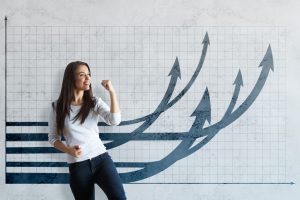 Secondary transactions could top $100 billion for the first time this year as rapid growth continued during the first half of 2019, sending the global market up about 32 percent, according to NYPPEX.

Private-equity transaction volume reached approximately $55.4 billion for the first six months of the year, with LP-related transactions making up almost two-thirds of the volume and the sales of private-company securities making up just over a third.

NYPPEX, which operates an online secondary platform, expects second-half volume to grow more slowly at 10.9 percent and for the year to come in near a record $116 billion.

Trading in U.S. private-equity funds makes up about 53 percent of the market.

In venture capital, deal bids were soft, likely due to uncertainty over pricing of so-called unicorn companies. Estimated deal bids for the largest funds in the market were down by 6.1 percent in the period, NYPPEX said. One reason is that unicorn bids varied widely, from 5.1 percent above a recent equity round to 51.6 percent below.

Neocova snags over $9.5 mln Series A