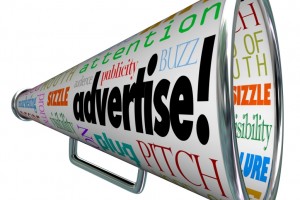 (Reuters) – Entrepreneur Nicole O’Rourke has a novel idea for raising cash that would have been illegal until this week: smacking a “fund me” sticker on every bottle or can of hair products from her start-up business, Rock Your Hair.

O’Rourke is among the first to take advantage of the lifting of a years-long ban, mandated by the 1933 Securities Act, on using advertising to find investors in private companies. Intended originally to prevent opportunists from targeting the gullible, it has long been considered a bedrock protection against scams. Lifting it, with some protections, should help startups and thus boost the overall economy, proponents say.

Scores of websites have sprung up to connect budding financiers with struggling entrepreneurs who are eager to tap new sources of cash and close funding rounds far more speedily than under the traditional venture model. There are now dozens of sites with all sorts of business models, ranging from charging companies to create listings to taking a cut of an investor’s eventual profits.

While many have been around for months, in some cases years, they could not highlight details about the deals on their sites until Monday. Before then, potential investors had to be registered on the site as accredited investors — those with net worth, not including their homes, of $1 million or more– to learn about the start-ups seeking funding.

“Public Fundraising. It’s here. Tell the world you’re raising money,” trumpets the AngelList web site. On Monday, it took the wraps off a new type of investment vehicle, a syndicate, where one angel investor – typically an affluent person who provides capital for a startup – leads a group of accredited investors to back a company in a type of minifund.

“General solicitation has arrived!” reads the text at the top of the Rockthepost home page, which lower down features an endorsement from Barbara Corcoran, an investor who is also a regular guest on the start-up show Shark Tank.

The relaxation of the ban, however, may not work out so well for thousands of investors who could be drawn into companies without understanding the hazards.

“It’s an area that has a lot of potential for misuse and fraud,” warned Daniel Carlson, a San Diego-based securities-fraud lawyer.

Under Monday’s rule change, private companies can now ask for dollars from accredited investors through moves such as sending out tweets or Facebook updates, advertising on websites, or, in the case of O’Rourke, attaching stickers to products. Previously, such private companies largely would have been limited to investments from friends, family, and venture firms.

Currently, the change in law on advertising for dollars affects only accredited investors. Startups who take money under the new rules will have to go through some extra steps to verify that their investors are accredited, such as collecting tax forms and bank statements.

Eventually, more investors will be allowed to make small investments in private companies under certain circumstances, perhaps next year, lawyers say. That is the so-called crowdfunding provision of last year’s Jumpstart Our Business Startups, or JOBS, Act.

The shift allows retirees, doctors, lawyers and the like to get a piece of investments with a little more razzledazzle than they are used to– say Terrafugia, the flying car company using Wefunder to find investors, or Rick’s Picks, “artisanal pickles crafted with nuance and wit,” working with CircleUp.

Both Wefunder and CircleUp are among the relatively new sites that put young companies in front of potential investors.

Of course, to entrepreneurs, the lifting of the ban on advertising serves as a tremendous boon.

“Considering that startups sometimes take months to raise seed and Series A rounds, this offers a glimpse into an option magnitudes of order faster,” says author and entrepreneur Tim Ferriss. On Monday, he helped logistics startup Shyp raise $250,000 in little under an hour, coming from an AngelList syndicate in Shyp that he led himself.

Previously, “everything was hush hush,” says O’Rourke, chief operating officer at Rock Your Hair, who believes it would be very difficult to raise the $2 million she is seeking under the old rules. Now, she is working through venture-capital backed site CircleUp, which specializes in helping consumer-product businesses find investors.

CircleUp, whose compensation is tied to the performance of its portfolio companies, says it admits only businesses that it believes have a real shot at success. It provides services far beyond investor matchmaking, including introducing portfolio companies to potential partners. It recently hosted officials from consumer giant Procter & Gamble to an “incubator day” featuring presentations from CircleUp companies.

Other sites provide different filters. In AngelList’s “Syndicates” and “Invest Online” categories of potential investments, the company raising money must have a well-known lead investor committed on the same terms as the new investors, says AngelList co-founder Naval Ravikant.

And those investors must prove their worth as well.

“When an investor invests in an online deal, we vet them not just for accreditation but also sophistication,” Navikant says. “If they aren’t very sophisticated, we’re going to run them through a required education component or drop them.”

Not all the programs available to potential private-company investors are so rigorous.

Many of the sites admit all comers. Some of the sites conduct background checks on companies and investors; some do not. Some are registered broker-dealers with the Securities & Exchange Commission; some are not. It is in this range of services where some critics see trouble, because some investors may assume all sites operate in essentially the same way.

“An investor who sees a company listed on a website, they may logically assume that it’s not a scam,” said Barbara Roper, director of investor protection at the Consumer Federation of America. “It gives the companies an air of legitimacy they may not deserve.”

And the fact the investors are accredited does not guarantee sophistication.

Many, he said, don’t understand well the distinction between fraud and failure, and may want to sue if their private-company investments fold—which in itself is not a violation of securities law.

The matchmakers emphasize the chances that things might turn sour.

“Startups are speculative, and this is gambling,” wrote Ferriss on his blog post about Shyp. “You shouldn’t invest anything you’re not comfortable kissing goodbye. Treat it as casino money.”

Still, says Korn, unlucky investors could sue anyway—and he expects them to. Even if a case is without merit, litigants still could win settlements. Whether a failing company can afford to pay them is another matter.

The upshot: lifting advertising rules is sure to be a windfall for lawyers, he and other lawyers say. Whether it is a windfall for anyone else remains to be seen.