Venture Capital Journal
Home News and Analysis Deals & Exits Should you be a momentum or a value investor?
Return to search
Firms & Funds 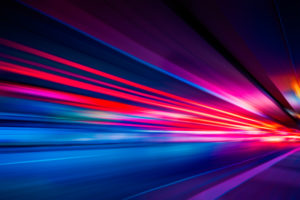 As a venture capitalist, should you be a momentum or a value investor?

To simplify, there are two classic approaches to public markets investing.  The first is Momentum Investing, “a strategy to capitalize on the continuance of an existing market trend.”

In VC, this means you source companies by talking with other VCs and tracking the investment patterns and new Linkedin connections of other VCs. You identify the “hot” companies; network into them; and sell them on the value of accepting your capital.

Likely signs of a Momentum investment: the round is oversubscribed and the entrepreneur has more negotiating leverage than VCs during the closing process.

The second approach is Value Investing, a strategy which “seeks to maximize returns by finding stocks that are undervalued by the market. If there is a significant margin of safety between the [stock’s intrinsic] value and the price … the value investor will buy the stock.”

In VC, this means you identify companies that are not yet highly visible to the VC community; analyze them; persuade the company to sell you on the privilege of accepting your capital; then work to make them Momentum. You source companies by talking with industry executives in your target sector and reading industry-specific publications.

Likely signs of a Value investment: the company has challenges in filling out the round; the investors have more negotiating leverage than the founders during the closing process; the company has significantly better metrics (e.g. LTV / CAC, revenue growth, etc.) than comparable companies in the same sector that raised at a higher valuation.

I summarize Momentum vs. Value here:

Fintech investor Guillaume Amblard points out that Momentum and Value are never static classifications. “You could argue that when they were [raising] oversubscribed [VC rounds], Facebook, Google, Amazon, etc., were clearly Momentum, but [in hindsight] they were also Value.”

The Momentum model is very attractive and tempting for four reasons:

But the Momentum model also has some significant challenges for the investor:

The advantages of Value investing include:

That said, the disadvantages of Value Investing include:

David Teten is a venture partner at HOF Capital. You can follow him at teten.com and @dteten.