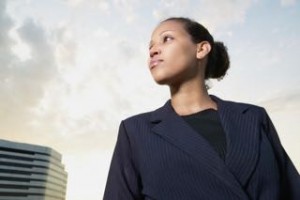 SAN FRANCISCO (Reuters) – Kleiner Perkins Caufield & Byers, the investment firm that has backed tech companies from Google to Amazon, will defend itself in court on Tuesday in a closely watched gender discrimination case that could lay open the inner workings of venture capital.

Former Kleiner partner Ellen Pao accuses the firm of holding her back from a promotion and better compensation after she complained about harassment by a male partner. Kleiner has denied the accusations of discrimination and retaliation, and says Pao underperformed her peers. Both sides are expected to make opening statements on Tuesday in San Francisco Superior Court.

The case helped spark a broad and ongoing discussion in Silicon Valley about sexism. Since Pao filed her suit in 2012, female employees at Pantheon Ventures Ltd and CMEA, two other venture firms, and a co-founder at Tinder filed similar suits that were later settled.

Last month, a former girlfriend sued venture capitalist Joe Lonsdale for sexual assault and harassment. Lonsdale has denied those allegations and accused the woman of defamation.

Many big technology firms have released statistics showing the percentage of their employees who are female hovers at around 30 percent. They blame in part a dearth of qualified women to hire, but many critics say the firms are not doing enough to attract and retain women.

In her lawsuit Pao – now interim chief executive at social news service reddit – said her standing at Kleiner deteriorated after she ended a brief affair with another partner who has also since left the firm. Her career hit the slow track after he and the firm started retaliating against her, she said in court filings.

Kleiner says Pao did not deserve a promotion and the better compensation that would have come with it. The firm says it has two senior women partners, more than most venture firms in Silicon Valley.

Pao is seeking as much as $16 million from the firm, a lawyer for Kleiner Perkins has said. Kleiner could cite Pao’s current compensation at reddit to rebut her claim that she missed out on income by not moving upward at the venture firm.