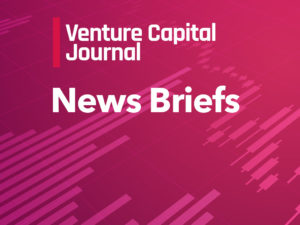 Montreal-based Silofit, a network of on-demand fitness spaces, has closed its seed-stage financing at C$3.5 million, up from C$1 million. The round’s extension enabled the addition of Alate Partners as a strategic investor. Silofit’s prior seed tranche was led by Whitecap Venture Partners and Courtside Ventures, with participation from NFL player Ndamukong Suh.

TORONTO and MONTRÉAL, Québec – November 16, 2020 – At a time when the out-of-home fitness industry is contracting amid the pandemic, Silofit is expanding its network of private fitness spaces. The company today announced it has launched three new micro-gyms in the downtown Toronto core to meet the growing demand for its fully equipped spaces. Silofit also announced that its seed funding round was extended and closed at CAD$3.5 million, up from the previously stated $1 million.

Silofit opened its first space (“Silo”) in Toronto last month, and two additional Silos opened today. Each space is operational daily from 6:00 a.m. to 11:00 p.m. and can accommodate 60 bookings / hours of training per week. The first space has been fully booked since it opened, and the two new spaces are already fully booked for the next two weeks. Given the demand for its private, on-demand fitness spaces, Silofit plans to open another 12 locations in Toronto in 2021 and will also expand to the U.S. market.

Silofit leases small, unused office spaces and turns them into private micro-gym studios that can be booked by fitness trainers for 1:1 client training or by individual gym-goers, on-demand, and by the hour, using the Silofit app. Each Silo features all the workout equipment anyone would expect of a traditional gym, including cardio equipment such as a bike and rower, and weight options including a squat rack, cable machine, dumbbells, kettlebells, medicine balls, TRX, and more. The Silofit app is used to locate a space, and select the date, time, and duration for a fitness session. Ahead of the booked session, users receive instructions for using the Silo along with a unique access code to unlock the door. COVID-19 safety protocols are in place, including the sanitization of each space between users.

“We launched our business in 2018 with a view to disrupting the out-of-home fitness industry. And today, while most gyms are contracting because of the pandemic, we are accelerating our expansion plans given the demand we are seeing for our space,” said Wilfred Valenta, co-founder and CEO of Silofit. “In the past year, we have grown from two Silos to eight. And now, with the additional funding and strategic support from our investors – which are in the technology, sports, and real estate sectors – we are incredibly well positioned to continue on this path.”

Silofit now operates a total of eight Silos, including five in Montreal. Three of its Montreal Silos were launched in the past six months and two were operational this time last year.

Seed funding round extended, closing at $3.5 million
In November 2019, Silofit announced that it had raised $1 million in a seed funding round led by Whitecap Venture Partners and Courtside Ventures, with participation from NFL player, Ndamukong Suh. Given the growth potential for Silofit amid the pandemic, the round was extended earlier this year, bringing the total amount of seed funding raised to $3.5 million. The seed extension enabled the addition of Alate Partners as a strategic investor focused on the intersection of technology and real estate. Silofit has raised a total of $4.2 million in funding since the company was founded in 2018.

In 2020, Silofit has grown from a team of four people to 21. The funding will be used to support Silofit’s continued expansion, with an eye to operating Silos in 20 locations across Montreal and Toronto, and in a major U.S. market by the end of 2021. Silofit is also using the funding to build out its software platform and service offering for personal trainers, with plans to offer a mix of space, software, and services that enable personal trainers to manage all aspects of their business and free them from the high commissions currently paid to traditional gyms.

About Silofit
Silofit turns small office spaces into high-end, private micro-gyms that are used by fitness trainers and their clients, and individual gym-goers. The company, which was founded in 2018, delivers a great customer experience and is disrupting the gym industry one space at a time. For additional information, visit silofit.com.