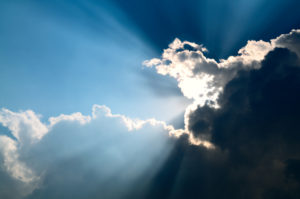 Many LPs have a conundrum when it comes to backing new VC funds amid economic uncertainty. They do not want to miss out on investment opportunities that have been strong in previous recessionary environments, but they also want to make sure that they won’t find themselves overinvested in illiquid assets in case public markets continue to fall.

“The silver lining is that these down years tend to be very good times to invest,” said Joanna Rupp, a managing director of private equity portfolio for the University of Chicago’s endowment, in an online workshop hosted by Silicon Valley Bank. “We want to make sure to be committing capital to our managers and have them put money to work that hopefully will be a strong environment for returns.”

Although the endowment is currently planning to stick with VC commitment plans for the 2021 fiscal year, which begins on July 1, Rupp said that the final capital investment will likely be modestly lower than planned. The endowment’s venture budget for FY 2022, will have a more substantial reduction, she said.

Other LPs are not ready to make major changes to VC portfolios. More than two-thirds of LPs are planning to adhere to their private markets investment plans over the next six months, according to a recent survey by PitchBook that polled over 400 institutional investors.

“We are planning to commit the same amount as we always do,” said Laura Thompson, a principal with Sapphire Partners, an LP division within Sapphire Ventures. “We are backing an existing group plus a couple of new mangers this year.”

Sapphire Partners, which invests in early-stage firms through an evergreen fund structure financed entirely by SAP, has been set up to invest the same amounts no matter what happens in the markets.

Thompson and Luiña said that since the pandemic emerged several funds closed sooner than scheduled. In one instance, a manager group raised a fund in a little over a month instead of the three months that it had planned, according to Thompson.

The idea behind accelerated timelines was to give GPs more time to focus on helping existing portfolio companies, Thompson said.

Since the shelter-in-place orders went into effect in the second half of March, an impressive number of firms announced new funding, including General Catalyst’s $2.3 billion series of funds; Flagship Pioneering closed on $1.1 billion fresh capital; a $1.46 billion fund from ARCH Venture Partners; Index Ventures fetched $800 million; and Lightspeed Venture Partners racked up $4.2 billion across three funds.

In contrast to the established firms, fundraising efforts for emerging managers have been extremely challenging. “Several first-time funds are cutting their fundraising targets,” Luiña said. Thompson’s view is that a new firm may be able to close, but only if the fund has secured an anchor LP prior to the pandemic.

Unlike fund of funds, endowments’ and pension plans’ VC commitment decisions may be impacted by the denominator effect, which occurs when public markets cave, and as a result, illiquid assets allocations start to exceed policy target.

If an LP finds itself overweight on private assets, then this investor will forego all new relationships and will think carefully about re-ups, said Michael Kim, founder of Cendana Capital, a seed-focused fund of funds. “Historically, for every $100 million invested in VC, about $80 million went to re-ups and $20 million was earmarked for new managers,” Kim said. “But a policy-constrained LPs may not even invest the full $80 million towards existing relationships.”

While the denominator effect was an issue for many LPs during the Global Financial Crisis, LPs now have some flexibility to go out of policy, said Kelly DePonte, managing director of placement agent Probitas Partners.

The denominator effect is essentially a math problem that arises because adjustments to values of venture assets lag public markets. “With public equities down 20 to 30 percent, VC valuations should come down proportionally, but there is a time delay,” Kim said. “Thoughtful LPs will be working with GPs to markdown portfolios, but if I had to bet, we won’t see any valuation haircuts until Q2 numbers.”

A decrease in private valuations will help with the denominator effect, but it will not make a significant difference, according to Luiña. “Private markets, particularly growth and venture, are slow to reprice so even with a drop in Q1 and Q2 values, we wouldn’t expect them to decline by nearly as much as the public markets have,” he said.

Due to the denominator effect, many LPs missed out on investing in 2009 and 2010 funds, which were strong vintages, DePonte said. But investors may sit on the sidelines of great VC opportunities for other reasons: not having enough cash.

If the pandemic extends past the summer, some LPs may be hit with a liquidity crisis of their own, DePonte said. In that case, investors will be forced to unload positions on the secondary market at unfavorable prices.

As for the type of LPs that may have the biggest liquidity risk, family offices due to their small sizes are generally more susceptible to market volatility. But pension plans with significant exposure to private assets compared to the total portfolio and large obligations to constituents may also feel liquidity pressure.

Even endowments and foundations that don’t normally have many short-term liabilities may end up with liquidity problems if the market stays down for a long time, according to DePonte.

Although institutional LPs are unlikely to dodge commitment payments, individuals and some family offices run a larger risk of defaulting as some might be less diversified, Thompson said.

While liquidity crunches or defaults are not yet on the horizon, LPs are becoming increasingly mindful of their cash needs. Some investors have even started asking fund managers to provide timing and size of capital calls in advance.

“Anecdotally, I heard about LPs telling GPs, ‘it would be nice to know when capital calls come,'” Thompson said.