Slack Technologies, the workplace messaging and collaboration platform, will be making its public market debut on June 20, 2019. This liquidity event will be different than the blockbuster IPOs of 2019 to date, as the company is pursuing a direct listing in lieu of a traditional initial public offering.

While Spotify, the Swedish music-streaming company, was broadly successful in its direct listing last year, there are still significant risks in pursuing that route.

As a private company, Slack has raised more than $1.3 billion in primary funding from investors, including SoftBank Group, Accel Partners, Andreessen Horowitz and Kleiner Perkins. In fact, Slack will be the first enterprise software company exit for SoftBank’s Vision Fund.

One factor that could impact the reference price the financial advisors set the day before the listing may be the recent pricing trends in secondary markets. Recent secondary trades in Slack have valued the company at nearly $12 billion, according to the data presented in its S-1 filing. The valuation represents a more than 70 percent increase to its last private funding round in August 2018, which valued the company at just over $7 billion.

While there are, of course, a plethora of factors that will likely drive the company’s share price once it starts trading, it appears secondary market participants have seen increasing value in what the company has to offer. 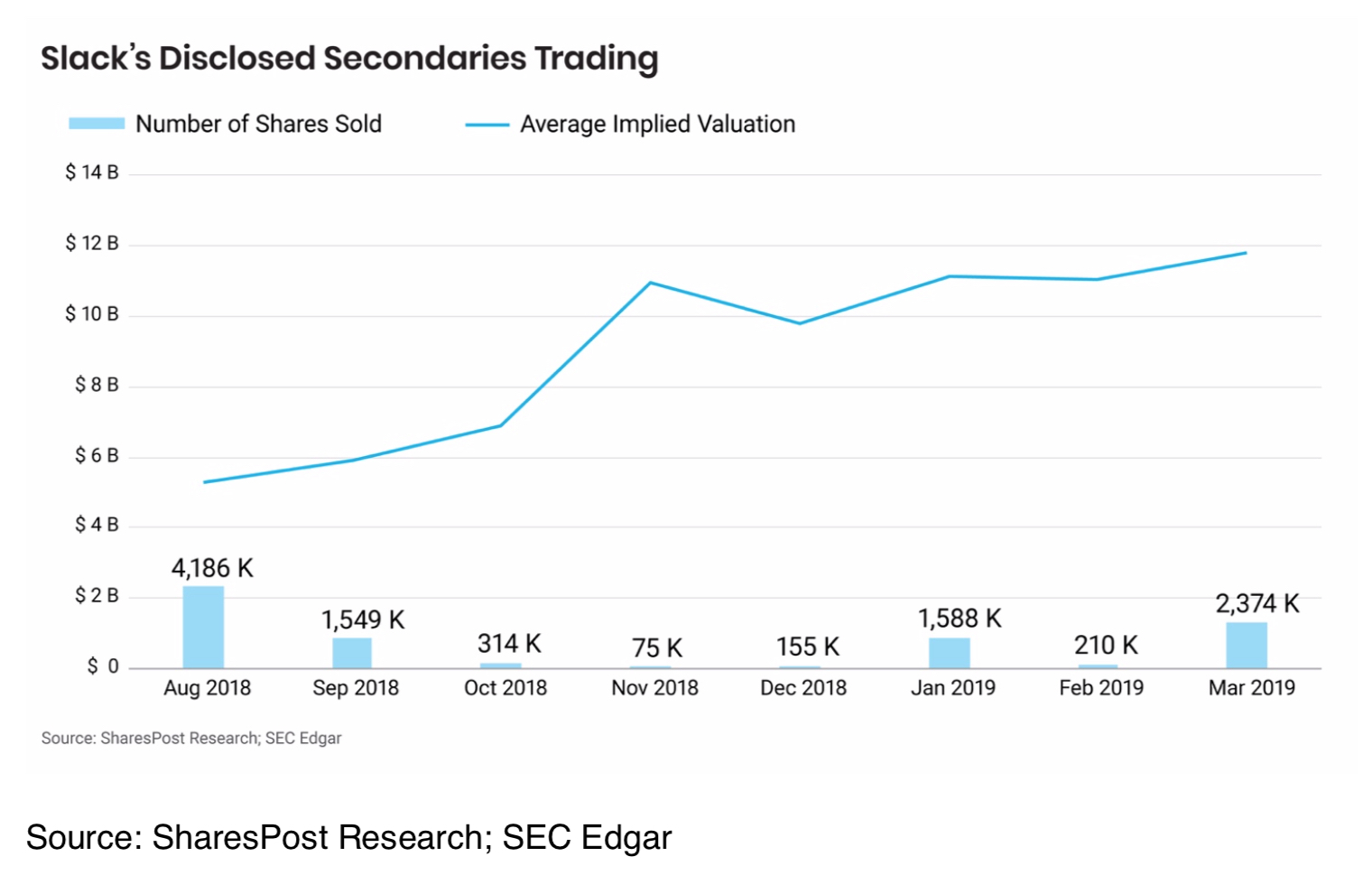 As a first mover in a budding industry, Slack benefits significantly from a strong position in what could become a large market. However, as the company continues to grow, we would monitor both its ability to capture large enterprise customers from existing competitors and new entrants to fuel growth, which could substantially impact the company’s profitability and growth prospects.