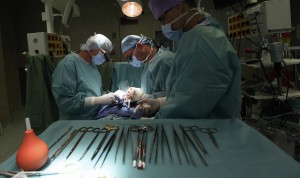 The firm describes itself as a strategic healthcare investment fund that backs entrepreneurial companies engaged in solving problems for the nation’s healthcare systems. It focuses on early- to mid-stage information technology, device and services companies.

Summation managing directors could not be reached for comment about the new fund, which appears to be the first under the Summation name in regulatory filings. Separately, MemorialCare has made venture investments through a vehicle called MemorialCare Innovation Fund.

Summation’s website lists two GPs. Brant Heise is a senior managing director and also managing director of the MemorialCare Innovation Fund. Darren Dworkin is listed as a managing director at Summation and CIO at Cedars-Sinai, where he has led the implementation of electronic medical records technology. Summation also has a board of directors, including six other people from the two healthcare systems.

The firm lists 26 companies in its portfolio on its website, which previously raised capital from the management team. The investments include several that have exited.

TYRX, developer of an antibacterial envelope for cardiac implantable electronic devices, was acquired by Medtronic this year for $160 million. MemorialCare was a later stage investor in the company, according to data from Thomson Reuters. BioImagene, a provider of digital imaging for disease diagnosis, sold to Roche in 2010 for $100 million. And Ascender Software, a provider of reporting and analytics tools for healthcare providers, sold to Matrix Medial in 2012 for an undisclosed sum.