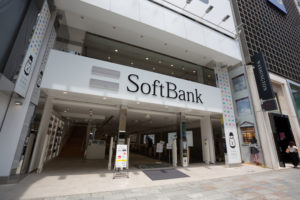 SoftBank Group will consider investing with a smaller vehicle before officially launching its second Vision Fund to regain the confidence of potential investors.

Vision Fund posted a ¥225.1 billion ($2.05 billion; €1.87 billion) operating loss for Q3 FY2019 on the back of unrealized losses on its WeWork and Uber investments, among others, according to the group’s latest earnings results.

SoftBank’s efforts to raise a $108 billion successor to its $98 billion Vision Fund were set back last year after it misjudged the value and governance of real estate business WeWork.

However, in early August, SoftBank reported it has so far received pledges of $108 billion for the second fund from about 12 investors, including from such institutions as Apple, Microsoft and Dai-ichi Life Insurance Company.

In a Q3 earnings presentation on Wednesday, Masayoshi Son said via translator that SoftBank could take a two-stage approach to its successor fund, though no decision has yet been made.

“Before we launch Fund 2, maybe we [will] start from [a] smaller scale and shorter period in terms of investment, as a sort of bridge to make sure that people or stakeholders feel comfortable,” he said.

“We’d like to start showing some performance with those smaller size investments and then we can find our next opportunity or challenge.”

His comments came the same week that Brandless, an ecommerce site that sold personal care and packaged goods direct to consumers, shut down. Less than two years ago, SoftBank announced it would invest up to $240 million in the San Francisco start-up from its first Vision Fund.

The Japanese tech conglomerate has preemptively deployed $1.7 billion from vehicles established in Q3 to hold assets that are expected to be treated as the initial investments of Vision Fund 2. It had completed five investments for the fund as of January 6, according to Axios.

Alex Lynn is a Hong Kong-based reporter for PEI. He can be reached at alex.l@peimedia.com.