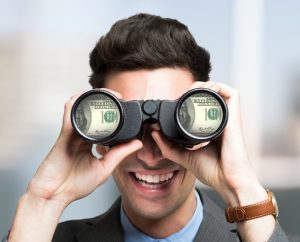 Activity at the giant SoftBank Vision Fund continues at a lively pace.

This week, the $98.6 billion fund participated in a $231 million round for Brazilian lender Creditas, valuing the company at $750 million. Then came speculation investors might be eying a stake in Spanish online delivery service Glovo.

The Vision Fund, with more than 80 investments, continues to leave its footprint across the world’s financial markets for technology startups. But how is it doing?

In May, SoftBank CEO Masayoshi Son told his shareholders the fund’s net return on its equity investments through March added up to 45 percent. Meanwhile, the blended return, including a fixed-return portion of the fund, was 29 percent.

Son broke the fund down this way: $58.6 billion depended on portfolio company performance for a payout while $40 billion earned a 7 percent fixed distribution through preferred equity holdings.

He went on to say that while the Vision Fund has been criticized for aggressive investing, its early results are “very high,” according to a report from TechCrunch.

Nevertheless a big chunk of the returns remain unrealized gains tied to mark ups in the stock it holds and has not yet been able to sell.

So far, exits include Flipkart, which Walmart bought for $16 billion in 2018, and Nvidia, which the Vision Fund sold off in February following a decline in its share price.

The SoftBank Vision Fund also can count some of its gains from recent IPOs, particularly those of Uber Technologies, Slack and Guardant Health. In general, these investments look favorable.

With Uber, in particular, SoftBank made multiple investments, including through a nearly $7 billion secondary transaction, and has a weighted average price of $34.49 a share, according to an analysis from EquityZen. Uber’s present price is $43.70.

While Uber’s lockup continues, its stake has appreciated by about 27 percent in value.

Slack went public through a direct listing in June and has brought a more dramatic reward. SoftBank invested in multiple Slack rounds, including Series G and Series H rounds, along with a secondary transaction, EquityZen said.

This produced a weighted average price of $9.09 a share, compared with Slack’s current $35.19 share price, EquityZen said, and represents a 287 percent increase. The shares are not constrained by a lockup.

Cancer diagnostics company Guardant Health launched its IPO in October and has performed even better. The Vision Fund invested at a weighted average price of $11.30 by joining Series D and E rounds, EquityZen said. With Guardant Health at more than $88.85 a share, the gain is nearly 686 percent. SoftBank is no longer in lockup.

While Slack and Guardant Health are relatively small holdings, given the Vision Fund’s size, Uber is more substantial.

Still it will take a few more years for investors to get a better picture of their returns. WeWork with an IPO expected later this year, will be another useful milestone.