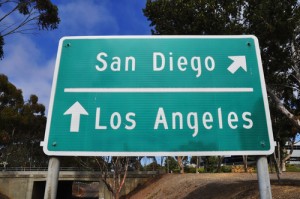 Venture investing kept up a fast pace in the United States last year, and no region saw investments grow faster than Los Angeles.

In fact, Southern California as a whole was a particular bright spot of activity with San Diego also rebounding from a couple of slower years.

A final hot spot among the nation’s major centers for venture capital was New York, according to the MoneyTree Report issued by PricewaterhouseCoopers and the National Venture Capital Association, based on data from Thomson Reuters.

These three metro areas saw the quickest growth in venture investing during the year, which started out gangbusters and tapered off with a slower fourth quarter as concerns over valuations ballooned. Growth was also pretty strong in Massachusetts and in the Washington, D.C. area.

Investments rose 7.5 percent in Silicon Valley, where 47 percent of venture capital still flows, the largest region by far. However investments in the Los Angeles-Orange County area rose a startling 72.6 percent to $5.1 billion, according to the report.

This is in part due to large deals for SpaceX, Snapchat, Lynda.com and Zestcash, according to data from Thomson Reuters. All together, 326 deals took place in the region, an 11 percent increase from 2014.

San Diego broke the $1 billion mark again, with $1.2 billion deployed to local companies in 101 deals, the report found. That was a rise of 39.9 percent and the first year since 2012 to exceed $1 billion. San Diego saw large deals for Suja Life and Sapphire Energy, according to Thomson Reuters.

Metro New York also continued its growth, with investments rising 38.7 percent to $7.3 billion, well above the $5.7 billion put to work in Massachusetts.

Investing, as measured by dollars, rose 22.7 percent in Massachusetts and 29.6 percent in Washington, D.C.