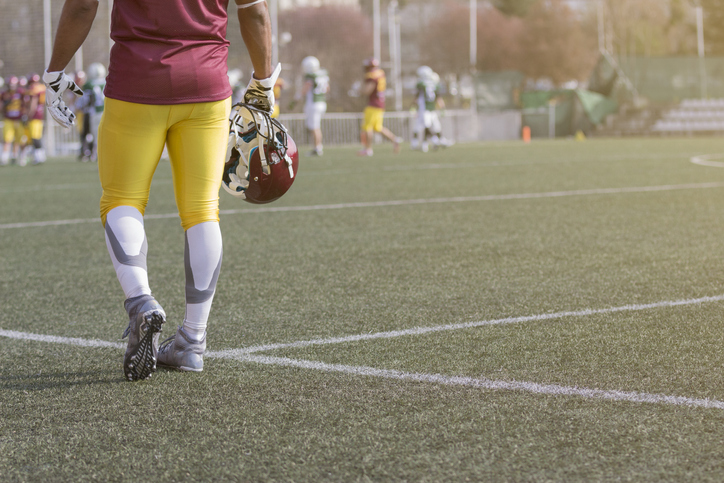 From the outside, sports looks inherently bleak right now as athletes shelter in place at home, reruns of classic games clog sports stations and the Summer Olympics pushed to 2021.

However, investors in the sportstech field say that team and pro sports are a mere sliver of the industry pie.

Sportstech – which includes tech solutions for physical stadiums, athlete performance, home fitness products and esports – is filled with many attractive opportunities this year despite a complete shutdown of collegiate and professional sports.

Michael Proman is a managing director at Scrum Ventures and mainly focuses on the firm’s sportstech investments and accelerator program. The firm has invested in such companies as Livelike, a sports streaming company that has grabbed $14.7 million in total funding.

He said that while the opportunities in sportstech might look different for a while it isn’t going away just because pro sports are on ice.

“You can kind of divide the category,” Proman said. “[Sportstech] also includes athlete performance and personal fitness, things that theoretically have nothing to do with going to a professional game.”

While Scrum invests in start-ups focused on improving the customer experience at sports stadiums, which could be a bit dicey for a while, they also invest in athlete performance and home fitness, and fan engagement, which aren’t seeing the same negativity.

Proman said home fitness has seen a surge in activity. He said that this is an area where there could be lasting changes in consumer behavior as people are accustomed to working out from home.

“We aren’t going to replace the Orangetheory Fitnesses of the world. It’s going to be much more of a hybrid approach,” He said. “You might spend two to three days on the Peloton at home and go to the gym two to three days.”

Vasu Kulkarni, the founder and a partner at Courtside Ventures, agreed.

“Anything to do with fitness at home, you are in great shape, and you are seeing growth rates like nothing else we had seen,” Kulkarni said.

Courtside has invested in such companies as TFLiving, which provides health and wellness opportunities to residential and commercial communities, and Future, an app that connects people to elite personal trainers regardless of location.

“There were companies that were actually killing it in Q1 as a result of what happened,” said Kulkarni, referring to the pandemic and the shelter-in-place orders that went into effect in mid-March and have provided a boon to at-home fitness and gaming companies.

He said that Courtside Ventures spends a lot of its time working with esports and gaming companies. He added that it’s a great time to be investing in the fast-growing subsector and that hasn’t changed due to the impact of the coronavirus.

“The fact that there are hundreds of millions of people playing video games,” Kulkarni said. “If you do that on a professional level you can start to earn the types of salaries or prize money that actual athletes are making.”

The firm wrapped up a Series A round into Nifty Games, an esports platform, in mid-April. March Capital Partners led the $12 million round with participation from Vulcan Capital and Defy.vc, among others.

Proman said that Scrum recently made its first investment into an esports company that looks to help with the development and discovery of esports gamers. The deal hasn’t been publicly disclosed.

SeventySix Capital, a sportstech investor in Philadelphia, is also heavily involved with esports. The firm has backed such esports companies as Nerd St Games, which has raised $15.9 million, and looks to reduce the barriers of entry into esports to include a broader pool of players, including youths.

Founder and managing partner Wayne Kimmel said that esports is still in its early innings will grow into such avenues as sports betting and stronger youth involvement and development.

Streaming and fan engagement for both traditional sports and esports are also growing increasingly attractive as many people since March have stayed at home under shelter-in-place orders and are looking for alternative forms of entertainment.

“The opportunity to be able to provide more intriguing and interesting content for the viewers is something that we are very much interested in,” Kimmel said. “The streaming side we may not have been as interested in before corona, but now we are much more interested.”

Both SeventySix Capital and Scrum have invested in Maestro, which is a platform for online streamers to interact with their audience and monetize their interactions. The company has raised more than $5.8 million.

Courtside participated in the $8 million Series A round into FanAI in November. The company also looks to provide services to monetize and engage viewers through streaming.

“I think technology has and continues to evolve,” said Proman of Scrum. “Anything from augmented reality and virtual reality graphics to fully immersive experience. A lot of social content overlays with live streaming.”

Tending to the lineup

Despite everything going on, Kulkarni said that Q1 was very active and that momentum is continuing into Q2 so far. Kimmel said that SeventySix saw about 160 deals in March, up from the firm’s usually 140 to 150 range.

Even with some sportstech opportunities growing, investors are making sure their existing portfolio companies have enough support to weather the storm first.

Kulkarni said that they are telling their companies realistically to plan to have runway for up to 18 months.

“The bar has been raised and it’s getting harder over the next 60 days to raise capital,” Kulkarni said. “It’s what I’m hearing over and over again and frankly it makes sense.”

Proman said that Scrum is still looking into new opportunities but is doubling the amount of time it is spending with its existing companies.

For now though, despite the future being unclear, sportstech investors are more positive than not.

“We’re big time supporters of the industry and really excited about what the future will hold here,” Kimmel said. “Our favorite hashtag right now is #SportsWillBeBack.”