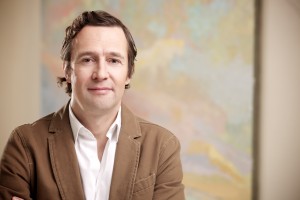 Despite talk of a Series A crunch, some of Europe’s largest early-stage funds have been finalized recently, including Accel Partners’ $475 million Europe fund aimed at Series A deals.

In an exclusive interview with VCJ, Kotting asks whether Europe really needs an exit environment to match that of the United States’ market, and whether an explosion in seed funding is damaging the hiring prospects of young companies.

Q: This year Accel had no trouble raising a fund. Are fears about a lack of early-stage money in Europe are overblown?

A: I’m not sure whether there is a Series A crunch or if it’s the same kind of natural selection you used to see at the seed-stage.

An entrepreneur in 2000 needed about $1 million to $3 million in seed money to lift a company off the ground. That made it seem that the crunch was at an earlier stage, but if you got the concept into the market raising a Series A was easier.

Now it costs much less to build a company with seed funding. People can put out a product, optimize it and find a market fit with a small amount of capital. But of those companies, maybe one in 10 gets funded with a Series A. However, now, you get the opportunity to prove what you’re doing in the market, whereas before it was about the quality of your Powerpoint.

Q: Do you think there is too much seed funding sloshing around Europe given that it has become so cheap to launch technology startups?

A: One of the downsides of so many people getting seed funding is that some of the more successful companies at Series A stage can struggle to hire the right staff. This is because people who might be better off working at a good startup are getting easy seed funding for a bad idea.

But overall it’s good that there’s so much energy in the ecosystem.

When I graduated everyone wanted to work at banks, multinationals or consulting firms, but if I go back to my alma mater now about half the people are working in a startup or starting their own company, which is a great development.

Q: Which technology trends in Europe are you particularly excited by?

A: Europe has been very strong in mobile gaming, marketplaces and financial services, while everything algorithmically-driven out of Israel is interesting, ranging from security to infrastructure to personalization.

Overall, they are pretty much the same trends we see globally or in the U.S., such as the explosion of mobile devices, of cloud services, and the opportunities that social networks provide. The big move of formerly conservative services like financial services and health onto the Internet is a very exciting trend.

Q: How has the quality of European entrepreneurs changed since 2000?

A: In the dot-com boom, many people jumped onto the bandwagon trying to get rich quick, and then left tech again.

Since then, people have had the time to build companies with more longevity and with real business models underpinning them. But also the platform on which we’re building, in terms of devices, the cloud and social networks, has created an opportunity to accelerate much faster than before.

In 2010, people were talking about how services, such as Foursquare, achieved one million users in a year, but now companies get to 10 million in a year. So it’s hard to say whether the entrepreneurs are better now. The platform is much better.

Q: How important is the creation of a deep exit market within Europe for the long-term viability of its venture sector?

A: It’s beneficial, but I don’t think it’s a pre-requirement. Whether or not there’s a European exit market, about 70 percent of our companies will internationalize and try to get a global footprint.

Realistically, for globally active companies, you’ll still have the best arbitrage on the IPO side in the market with the biggest liquidity.

Having said that, there are more European acquirers and local champions will benefit from a strong local exit market.

A: Geographically, things have really splintered so you have to hustle more.

It’s relatively cheap to build a company in the first go-around and there are serial entrepreneurs in a lot of our geographies. The result is that the next great company can come from anywhere.

Like any good VC, we’re paranoid about missing good opportunities and that means I am basically on a plane every week.