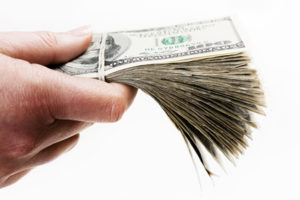 Venture capital fundraising has kicked off 2020 on a strong pace, with Battery Ventures the latest to contribute to the tally.

The multi-stage investor announced today is has raised $2 billion for two funds. This includes $1.2 billion for its main fund, Battery Ventures XIII, and $800 million for a companion side fund that the firm uses for later-stage growth and buyout transactions alongside the main vehicle.

Through nearly the first month-and-a-half of the new year, US venture firms have raised about $10 billion in new funds. In addition to Battery Ventures, the largest fundraisers include Tiger Global, which racked up $3.75 billion for its latest venture fund, and Andreessen Horowitz closed on $750 million for its third and largest bio fund.

Frazier Healthcare Partners and Spark Capital raised more than $600 million and $400 million, respectively, on their most recent funds.

The solid start to fundraising activity is a continuation of the last few years as certain multi-stage and late-stage firms are forming their largest vehicles to date. And 2019 closed out with US firms raising more than $50 billion in commitments.

Battery focuses on all stages of growth

Battery Ventures is no different, growing in size in recent years before closing on its latest $2 billion to continue backing enterprise tech and B2B software companies worldwide.

Since 2008, Battery Ventures has raised a side-car fund to invest in later-stage growth and buyout transactions alongside its main funds.

General Partner Jesse Feldman tells Venture Capital Jounal that deal size has not gone up that dramatically. But Feldman, who focuses on growth-stage and buyouts transactions at the firm, said the increased size of its funds is partly due to greater deal volume as well as its expanded geographic reach. The firm now operates out of six locations from Boston, San Francisco, Menlo Park, New York, London and Herzliya, Israel.

The 37-year-old firm has seen bull and bear market cycles over the years. And Feldman, who’s based in Boston, acknowledges that the end of the bull market is nearing. “But the amount of support we’ve gotten from our investor base is encouraging,” he said. “We feel we’re equipped for the market cycles.”

Battery Ventures also announced that, in conjunction with the new fund, it has promoted Zack Smotherman to partner.

Smotherman joined the firm in 2013 as a vice-president and was later promoted to principal. He focuses on later-stage investments in the industrial-tech sector. He was previously an associate at WestView Capital Partners and started his career in investment banking.

Separately, two other Battery team members, Chiraag Deora and Brandon Gleklen, were promoted to vice president. Deora is based in San Francisco and Gleklen in Boston.