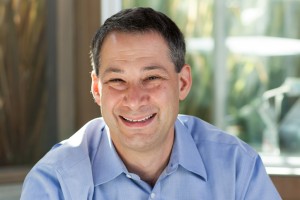 Capital ceased to be a differentiator in the venture business about a decade ago when a new generation of cash-rich funds no longer made it the key selling point of a deal.

What a difference a few fund cycles make.

Money again is becoming a weapon of differentiation in the business with big implications for late stage general partners. As established firms fill gargantuan war chests to do battle for the hottest growth companies of tomorrow, a new era of concentration is settling over the business and bringing with it an array of challenges and changes.

Over the past five-and-a-half years, an unprecedented $232 billion of capital flowed into U.S. venture funds, with 55 percent of money raised in the past two-and-a-half years alone going to fewer than 60 firms, according to data from Thomson Reuters.

Not included in these figures is fundraising by SoftBank, which in August announced a $108 billion second Vision Fund, eclipsing the $98.6 billion it raised for its inaugural fund.

Driven by the belief that a small handful of perhaps a dozen high-potential companies will bring the home runs each year, a fear of missing out accelerated the interest in massive pre-IPO rounds. This hyper competition has elevated growth investing to a required skill at firms that once viewed themselves as early- or expansion-stage investors.

It is part of a remarkable consolidation taking place across the industry and particularly at some of its largest players.

Once fragmented by stage, geography and sector, firms are becoming diversified asset managers with products for every market or stage and a footprint in global geographies, multiple new sectors and financial innovation, such as crypto and secondaries.

It is an extraordinary period and firms are taking extraordinary steps to keep up. In the process many of the largest and long-established firms are seeing a new era of institutionalization unlikely to be reversed.

The change isn’t just of the industry’s own making. Capital flows into the business were sparked by an unusual period of low interest rates, and the broadened horizons coincide with the rise of China and the worming of technology into traditional industries as a disruptive force. Portfolio companies targeting these opportunities require greater capital as they scale.

Mind-numbing breakthroughs in biotech, a shortage of engineers that has lifted salaries and the spread of domestic entrepreneurship beyond Silicon Valley all require GPs with substantial resources.

Structural issues in the financial markets contribute as well, particularly the collapse of micro-cap IPO market following the Web 1.0 bubble.

For the venture industry, all this sparked a mad scramble to use money and heft to mine the value created by such transformative companies as Uber, Facebook and WeWork.

Yet it also comes with a set of dangers. For one, capital inflows are starting to look excessive. Too many me-too companies have collected money, and high prices, which investment partners see as the cost of doing business today, could look foolish in the depths of a downturn. The number of good ideas waiting to be funded is not unlimited.

In today’s market of low inventory and abundant dollars, there is little room to be wrong in backing the super-scale leaders of tomorrow, said Tim Guleri, a managing director at Sierra Ventures.

“You’ve got to be right nine times out of 10,” Guleri said. “It’s more competitive.”

There also are questions about the sustainability of innovation. Getting bigger at all costs isn’t the same as getting better.

The consequence is a number of today’s big money firms will likely struggle to right size when the cycle turns.

Still, looking ahead five years or so, it is hard to see the business turning back from this new era of full-spectrum asset managers. This may make big and multi-faceted the ticket to survival.