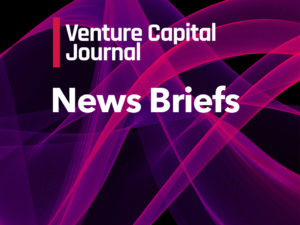 Tibber, a Swedish digital energy supplier, has secured $65 million in Series B funding. Eight Roads Ventures and Balderton Capital led the round with participation from other investors that included Founders Fund.

Førde, November 17, 2020. As the energy market is being transformed across Europe, startups are stepping up to provide innovative solutions to address the demand for more sustainable energy consumption. This has paved the way for Tibber, the world’s first digital electricity supplier who makes energy consumption smart, green, and affordable. Driven by this goal, Tibber has closed a total of $65 million in new capital. The Series B equity round was led by Eight Roads Ventures and Balderton Capital, with participation from existing investors including San Francisco-based Founders Fund. Alongside equity, Tibber secured working capital funding by Nordea to support the high pace of growth.

The funding will support further investments into Tibber’s pioneering technology, scaling up the team, and expanding into new markets, next one being the Netherlands in 2021. “For us, this means that we can continue our mission of making energy smarter at an even faster pace. Our app has quickly become popular, and it has contributed to smart and green energy at lower prices. We look forward to launching new products, and making energy at home even smarter,” says Tibber CEO Edgeir Vårdal Aksnes. “I am proud of how our team has been able to bring Tibber to new markets and continuously introduce new features. Our idea is to empower consumers to one day become independent from the electric grid and slow-moving monopolies. This funding enables that vision to come to life even sooner.”

The company was founded in 2016 by Norwegian Edgeir Vårdal Aksnes and Swedish Daniel Lindén who were frustrated by the poor customer experience provided by traditional energy companies and their insufficient commitment to sustainable business models and innovation. Since Tibber launched, it has seen purely organic, rapid growth to more than 100,000 paying households in Norway, Sweden and Germany, driven largely by customer referrals. Today, nearly one in five Norwegian households who switch energy suppliers, choose Tibber.

“Tibber is at the forefront of the technologies that the world needs to create a sustainable future,” says Alston Zecha from Eight Roads Ventures. “Our team has been following the energy industry for years, and immediately recognised that Tibber is a game-changer. With market-leading technological capabilities, an innovative business model, and extremely positive customer reviews, Tibber delivers green energy at the fairest price. The team has done a fantastic job empowering consumers with a user friendly app that makes energy relevant and engaging while helping to save money.”

Tibber replaces traditional utilities with smart technology, supplying its customers with renewable energy at fair and transparent prices. In addition, its app provides real-time analytics into energy usage, and pairs with a variety of smart home devices to reduce electricity consumption at home. Innovative features, combined with an uncompromising business philosophy of not profiting from electricity consumption, have made Tibber a viral success in its active markets in Norway, Sweden, and Germany.

While much focus is currently given to the transition from fossils to renewables, it is equally important to also focus on energy efficiency to reduce the environmental impact from the energy sector. To support sustainable energy development, Tibber has set an ambitious goal to address the way energy is being consumed. Therefore, Tibber has set a target to reduce the residential electricity consumption for European households by 20 %.

“Changing our behaviour, and in particular, the way we consume energy at home is one of the biggest challenges we face in combating climate change. Tibber brings greater transparency to home energy usage, while giving users a simple way to switch to renewable energy providers and control their home devices. It’s like a Fitbit for your home, but one which can put it on a healthy energy diet too. Managing residential energy will only become more important with the growth in electric vehicles, which Tibber has also built an elegant solution for, and we hope the company can go on to replicate the huge success it has had in the Nordics across Europe and beyond”, comments James Wise, Partner at Balderton Capital.

About Tibber
Tibber is the smart digital energy provider founded in 2016 by Norwegian Edgeir Vårdal Aksnes and Swedish Daniel Lindén. Their app replaces traditional utilities with smart technology, and supplies households with renewable energy at purchase prices. Tibber’s vision is to make sustainable energy consumption simple and affordable for all households, and their mission is to reduce the residential electricity consumption for European households by 20 %. This is made possible by their app that provides consumers real-time analytics into energy usage, and pairs with a variety of smart home devices to reduce electricity consumption at home.