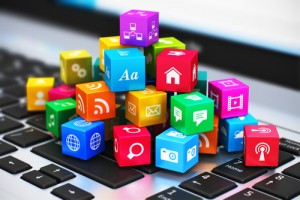 Tasktop Technologies, developer of an integration technology designed to improve software productivity, has raised $11 million in a Series A financing round.

The Series A round marks an important milestone for the Vancouver-based Tasktop. Co-founded in 2007 by the University of British Columbia’s Mik Kersten and Gail Murphy, Tasktop began as an open-source platform, but soon evolved into a high-growth enterprise due to increasing demand for its product. Before encountering its VC backers, the company’s expansion was for the most part “bootstrapped,” said CEO Kersten in a media statement.

Tasktop found a warm reception in the market because the making and management of software is these days ubiquitous and “core to modern innovation,” said Mike Satterfield, partner at Yaletown. “Even a toothbrush has a thousand lines of code,” he quipped.

The company’s flagship integration product, Tasktop Sync, improves software delivery by enabling connections and collaborations across the multiple disciplines involved in the development process. By focusing on more unified software development and delivery, Tasktop can significantly raise operational efficiency in a software-reliant business and reduce its costs.

“Tasktop gets people who create and support software out of their professional silos and lets them see how they can make better software, faster,” said Satterfield. “Since software is everywhere, Tasktop is in a great position to meet this pressing need across diverse industries.”

Tasktop has steadily built partnerships with leading technology businesses, such as CA, HP, IBM and Microsoft, and has grown its customer base in several sectors, including financial services, government and manufacturing. As a result, per annum company revenues “have increased 50 percent to 100 percent in recent years,” Satterfield said.

Proceeds of the Series A will allow Tasktop to enlarge its customer-facing team, ratchet up sales and marketing activity, and reach into new customer markets. Satterfield said he believes the time is right as “the space they’re in is super-hot right now.”

The funding partnership between Austin Ventures and Yaletown reflects the “north-south profile” of the company. Tasktop’s home base in Vancouver is also its hub for R&D, while the company’s office in Austin, Texas, is primarily a centre for sales and marketing. Tasktop also has a third office located in Boston.

The Tasktop deal is Yaletown’s fifth published so far in 2014. Earlier this month, the firm closed its Series C financing of Endurance Wind Power, a manufacturer of advanced small wind turbines. Earlier in the year, Yaletown co-invested in the financing of PHEMI Health Systems, a medical data platform, and ePact Network, a specialist in emergency preparedness.