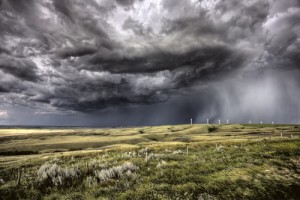 It’s sometimes a good exercise for companies to take a step back and think about the big external threats to their businesses. This forces some level of intellectual honestly about one’s position in the market, and can push you to try to see around corners and respond.

Given that, I thought I’d write a post on the threats to my own business. There are five in particular, and I’ll give some commentary on each one. Perhaps in a future post, I’ll go deeper into how we are approaching these.

1. New competition. When we started NextView, there were relatively few seed-focused venture capital funds in the country, even fewer on the East Coast, and almost none in the Boston area. Today, the landscape is very different. There are many more funds today than there were four years ago, and although a few have bubbled to the top in various sectors or geographies, many more are striving to get to the top of the heap. This creates competition, and competition makes it tougher to see and win deals and drives up pricing. Unlike large funds with hundreds of millions of dollars in each fund, it doesn’t take a huge amount of capital to get going as a seed investor, so the barriers to entry are not as high.

2. Skipping straight to A. Some founders are able to skip an institutional seed round and go straight to a multimillion dollar A-round where a larger VC puts in the lion’s share of the capital. This can happen either because the founder can bootstrap the company with her own resources to get further, or because the company and team is so compelling that a large fund can lead a series A out of the gates. As I’ve blogged about in the past, there are positives and negatives to this strategy, but it is a viable option to some founders.

3. Non-institutional leads. I’ve seen a few cases now where a number of very high-quality institutional investors were interested in investing in a company at valuation, but a non-institutional investor was willing to set terms 1.5 – 2X higher than that valuation. The institutions walked, but the round got done. The founder sacrificed having potentially “smarter money” around the table, but got the same amount of dollars in the bank for less dilution. This happens because institutional investors tend to be more price and terms sensitive overall. With the advent of more open, standard financing documents, it’s also more possible for founders to just set terms themselves and have investors subscribe. In a frothy market, rounds can get done in this way at pretty high prices (or valuation caps for notes) albeit with less value-added investors involved.

4. Alternative funding sources. Related to No. 3, the potential to fill out rounds gets easier and easier with the rise of alternative financing sources like Angelist, FundersClub, and others. This is probably a good thing overall, because of the increased efficiency in the ecosystem. But if filling out a round becomes easier, then part of the value of having a strong lead to establish credibility goes away. Individual angels can lend their credibility to an investment through an Angelist syndicate, even if they are only investing a pretty small amount of capital themselves. Some specialized platforms like Kickstarter can garner so much interest from non-financial backers that founders can avoid dilutive financing at the seed stage altogether. These platforms are really interesting to seed funds because they are simultaneously a threat, a weapon, and a sourcing mechanism. It will be interesting to see how this all plays out.

5. Getting crammed down. The threat that always plagues seed funds is whether a very promising business hits a speed bump, and ends up going through a very dilutive financing. Many seed funds have significant follow-on capital, but not to the degree of traditional venture funds. This isn’t as much of an issue when times are good, but it becomes a problem when times are bad (and yes, this bull market will end at some point). There is no obvious solution to this. If the fund decides to reserve more capital for follow-ons, they either have to (a) invest less in the seed and have less ownership to begin with or (b) raise a larger fund. If (a), you reduce the cram-down risk, but also reduce the fund’s upside because you own less of your portfolio companies to begin with. If (b), the bar to return the fund is now higher because you have more capital. You either have to have bigger wins than before to get the same performance, or you have to own more of your portfolio companies, which puts you right back where you started.

So, these are the existential threats to my business. Most were the same threats that existed when we started NextView, just the 2014/2015 version.

Another way to summarize all of these is that in the seed-stage VC market that I compete in:

In a market like this, success and market leadership are very fleeting. Sure, there is some brand benefit and network effect as you become known for investing in great companies. But those are short lived. Just like any startup, to stay successful, you need to stay inventive, stay hungry, and keep putting out the best product time and again.

All in all, this is good for entrepreneurs. It’s harder work for us, but it’s the business we’re in. I wouldn’t have it any other way.

Rob Go is a co-founder of NextView Ventures, a seed stage investment firm focused on Internet-enabled innovation. He can be reached at rob@nextviewventures.com. This post first appeared on his blog. It was edited for style and content prior to publication on peHUB.