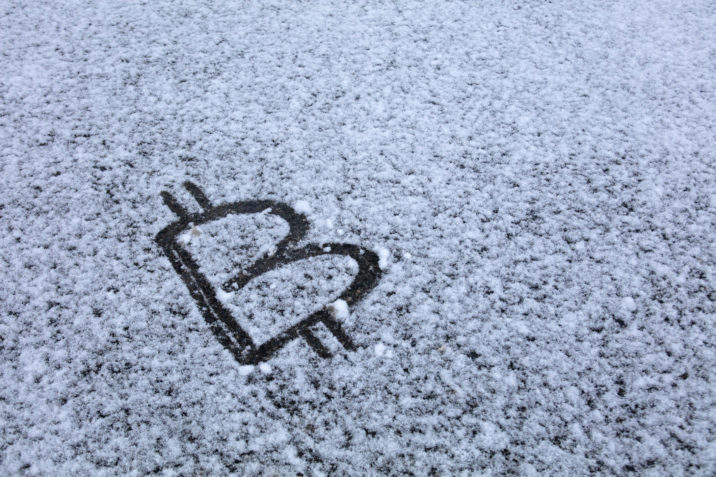 This month’s meltdown in cryptocurrency valuations and resulting damage to crypto companies has dampened venture capital’s overall interest in the space, but crypto-focused VC funds will see the market reset as an investment opportunity, analysts predict.

In June, the value of bitcoin dropped to its lowest point since December 2020. Other cryptocurrencies suffered similar fates, or worse, and the contagion spread to crypto companies:

Revelations about overleveraging and the interconnectedness of crypto companies have struck fear into VC investors, especially those who had failed to properly screen for those issues, said Robert Le, senior financial technology analyst for PitchBook. “In 2021, a lot of these deals happened with little, if any, diligence,” he told Venture Capital Journal. “In this environment, investors are going to do much more due diligence in these investments, which they should be doing anyway.”

Case in point: Crypto lender Babel Finance, which suspended withdrawals and redemptions of crypto assets on June 17, was given a $2 billion valuation by VCs a month earlier, when it raised $80 million in Series B financing.

VCs have only recently started to pull back on crypto dealmaking after going on a binge. Last year, they pumped $31.4 billion into nearly 1,888 companies in the crypto and blockchain space, including crypto trading, decentralized finance, NFTs and gaming, according to PitchBook. So far this year, they put another $18 billion to work in 1,134 companies as of June 23, PitchBook said.

But through the first three weeks of June, blockchain companies had raised only $900 million of VC investment, with some founders avoiding fundraises or, in some cases, having term sheets rescinded, Le said.

“We expect to see a lot of down rounds and flat rounds in the crypto space,” Le said. The effect will be similar for blockchain companies outside of crypto trading, such as those that provide infrastructure or services to crypto companies, blockchain gaming companies, and Web3 and decentralized finance companies, he said.

There’s usually a lag of one to three quarters for the effects of the macro market to show up in VC funding rounds, and some companies will likely try to avoid devaluations by waiting out the market.

“A lot of the crypto companies that raised capital in 2021 and that have some runway – they can sit on their cash and have a little bit of runway of at least 12 to 18 months, depending on their burn rate,” Le said.

The fact is crypto and blockchain companies have raised a ton of capital since 2020.

Founders don’t want their companies to suffer the same fate as BlockFi, a crypto lender. Last year, BlockFi raised $400 million in a round that valued the company at $5 billion, but within the past month it has been trying to raise $100 million at a valuation of just $1 billion, the New York Post reported.

Elliot Chun, a partner at M&A adviser Architect Partners, tracks VC and growth equity investment in crypto companies. In the first quarter, Chun was seeing about 45 transactions raising $650 million to $700 million per week. By June, transactions per week had dipped into the mid-to-high-20s, raising less than $400 million, and in the third week in June, there were 23 transactions for $190 million.

The lower valuations that will follow will be more reasonable and healthier for the crypto industry in the long run, Chun said.

The current difficulties for crypto companies “is a long-term good thing and long-term important to happen so that groups that do not have proper processes in place and risk management in place understand that they have a potential to go away,” Chun added. “There’s a consequence of not doing this right; there’s a consequence of not having this and, generally speaking, crypto hadn’t seen the consequences of not having those important things in place.”

For generalist venture capital investors that moved into the crypto and blockchain space over the last two years, expect to see a pull back, as the crypto devaluations and resulting fallout makes them more skeptical about the business, Le said.

“They’re going to be able to get better valuations and concentrate on the best projects, the best founders and the best protocols,” Le said.

There will also be more opportunity for mergers and acquisitions by strategic buyers. Coinbase and the FTX crypto exchange have a lot of cash on their balance sheets for potential acquisitions, Le said. Also, traditional financial institutions that have been trying to build in-house technology for custody or other cryptocurrency services may find cheaper alternatives through acquisitions in the current environment.

One such buyer could be FalconX, a self-described crypto prime broker that raised $150 million this month in a Series D that boosted its valuation to $8 billion.

“Obviously, some businesses will be repriced,” said Jon Kaplan, head of revenue for FalconX. “It’s going to be a really interesting time to look at M&A, especially in this environment where quality companies are going to rise to the top. This is going to be a good opportunity for us to look at how we utilize this funding to make strategic acquisitions that would complement our current product suite.”

Christine Kang, a principal at Thoma Bravo, one of the investors in FalconX’s latest round, said the company’s profitability and strong cash position put it in a good position to acquire customers, teams and products.

VC firms are loath to admit it, but in the current environment most of them are focused on protecting their crypto companies that have the best chance of survival. For those lucky few, VCs will devote maximum effort and capital, through bridge rounds if necessary, because they won’t have enough time and capital to extend across their entire portfolio, Le said.

“The rest of the companies, unfortunately, they’re either going to get acquired or they’re going to fail,” he concluded. “That’s just the nature of VC.”