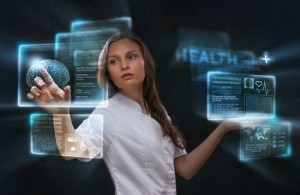 An emerging, ground-breaking trend, the convergence of the healthcare system with digital technology, is rippling across healthcare and providing compelling investment opportunities for astute investors, particularly in private markets. Best of all, it’s only in its early stages.

Digital healthcare attracted $4.5 billion in venture capital funding in 2015, more than 4-and-a-half times the investment total of five years ago and a second consecutive annual record, according to investment firm and market watcher Rock Health.

This growth produces heightened healthcare efficiency, long overdue in a U.S. healthcare system mired in a malaise of mediocrity despite world-class physicians and technology. According to a report by The Commonwealth Fund, a private U.S. foundation focused on the healthcare system, the quality of U.S. healthcare in 2014 ranked dead last among 12 nations studied, including Australia, Canada, France, Germany and the United Kingdom.

With the advent of digital health, there is realistic hope for substantial improvement. And along the way there will be huge market implications. Goldman Sachs forecasts a near-term digital health market exceeding $32 billion annually. Of this, 45 percent will come from remote patient monitoring (mostly for chronic disease management), 37 percent from telemedicine and 18 percent from behavioral modification.

In addition, Goldman Sachs pegs the total savings opportunity from digital healthcare adoption at more than $300 billion, much of which will again come from better chronic disease management.

Why are these opportunities unfolding? I see six key reasons:

Another young company, HealthMine, is developing digital engagement software so consumers can begin to proactively manage their health. The company’s technology platform integrates with health insurance, or employer-sponsored plans.

Digital healthcare is becoming a reality in a healthcare system previously resistant to change. It’s beginning to revolutionize healthcare by making prevention, diagnosis and treatment widely accessible at a fraction of the cost. The changes are only in their first couple of innings and will take years to spread widely. But they are inevitable, and our children and grandchildren will benefit their entire lives.

Steve Krupa is the CEO of Psilos Group, a New York-based digital health venture capital firm. Psilos is an investor in HealthEdge and HealthMine.

Photo illustration of doctor working on virtual interface from Shutterstock.