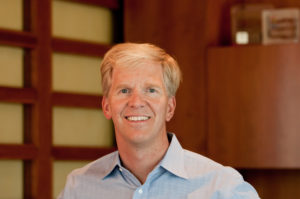 It’s hard to predict the future.

What’s even more difficult is to get a bunch of investors to reflect on the past year and tell us what they think the next 12 months will bring.

Not surprisingly, when asked what their outlook is for 2014, most people often rely on past performance as the best indicator of what will happen in the future. Take Norm Fogelsong, for instance. Fogelsong, general partner of Institutional Venture Partners, pointed out to VCJ that the firm had three successful exits in 2013, including of course the big VC-backed IPO of the year, Twitter, as well as RetailMeNot and Marketo. When he talked to VCJ in mid-December, Fogelsong said he had just come from a board meeting of another portfolio company of IVP that is looking to go public in 2014.

“The IPO pace will continue,” Fogelsong said. “Patent filings are at an all-time high. Deal flow is tremendous. Now is a good, healthy time for startups out there. I expect a good year ahead.”

Here are some comments from a few other VCs and CEOs.

”The JOBS Act, which helped give companies access to capital from the early stage through their IPO, was the story in 2013. In 2014, one policy we will hear a lot about is the immigration visa bill, which has bi-partisan support. If there is one topic that is more exciting to entrepreneurs than IPOs, it’s immigration reform.”

“Enterprise exits and cybersecurity were major themes in 2013. There are still a lot of growth stories in the market and the IPO market should remain open in 2014. We’re not at the tail end of the rally. Things are still ramping up.”

Nick Mehta, CEO of Gainsight and a former EIR at Accel Partners:

“Most businesses are still blind to their existing customers – what they purchase, what they use, what they like. Mobile applications and sensors will change all of that. Companies will finally get data on their end-customers. And they will start to get strategic on how they use this data to plan products and marketing and retain and grow their customer base. Big data infrastructure startups like Cloudera and Platfora will hit a new inflection point as their customers start to process more and more machine-generated data.”

“The big story for 2013 was that after several years of being the kicking boy of asset classes, venture capital is finally cool again. The M&A market and IPO market have been building for a few years and continued their momentum in 2013. All of the billion-dollar exits that have been promised by venture capitalists to their investors started really happening in earnest in 2013 and the pipeline is primed for many many more in 2014. In a lot of ways, 2014 will likely be a ‘back to the future’ kind of year for venture. There will continue to be a few mega-funds, but the bulk of the industry, having learned the hard way that mega-returns are difficult to deliver with mega-funds, has returned to investing more focused funds with smaller and more nimble teams of investors.

“Technology is becoming increasingly personalized and that trend will continue well into 2014 and beyond. Businesses are doubling down on personalization and investing in new advancements to up-level their customer experience technologies and strategies. Without a doubt, this has become the new normal in business. In 2014, CRM’s resurgence, business’ renewed customer focus across the organization and increased CRM spending, will likely be significant triggers for incremental VC dollars being applied to enterprises focused on delivering real customer value and enabling extraordinary customer relationships.”

”Crowdfunding will be the new lottery. Now anyone can invest in the startups that are reported on breathlessly in the news. AngelList, JOBS Act, Kickstarter, etc. You too can buy a ticket for fame and fortune. Regardless of whether people actually make money, the first megahit to be crowdfunded will keep this lottery going for a decade or more. All we need is hope.”

”During 2013, we started to see evidence of very successful cloud businesses designed for specific industry verticals, with Emergence portfolio company Veeva Systems highlighting this shift. Looking towards 2014, we predict that we will see a new wave of applications, specifically in cloud-friendly industries such as healthcare and education. Industry verticals are no longer niche plays – they represent a cornerstone of the cloud future.”

”Many of the seed funds started by larger institutional funds (above $300 million) will begin to get phased out. Entrepreneurs are increasingly reluctant to take seed money from a large fund because of the signaling issues. And the number of high quality options in the pure seed segment including the new influx of angelist syndicates create an even more acute adverse selection problem for the large funds with seed programs.”

“One of the more interesting trends of 2013, which I expect to continue and accelerate in the years ahead, is the development of regional tech communities. I’ve been up close to this development in Bend, Ore., where I’ve been investing and mentoring companies through the FoundersPad Accelerator. The growth of regional tech clusters is tied to the growth of capital-efficient startups, which have learned to grow through lean principles and bootstrapping. Currently, the entrepreneurs who are building these startups are ahead of the capital formation in most regional markets, creating a short-term funding gap. This gap is actually a significant opportunity for investors who can intelligently step in and fill the need.”

UPDATE: Due to an editing error, Kate Mitchell’s comment in an earlier version of this story was accidentally cut off. The quotation above is the correct version.