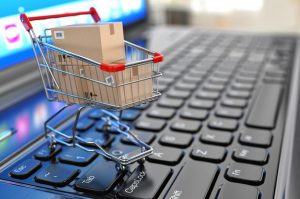 Editor’s note: The following story was reported on and written before the covid-19 pandemic escalated last month. We recognize the impact the situation is having throughout the world and specifically on the venture community. Life won’t be normal for a while, but it likely will revert back to a degree at some point. We welcome your input on how the coronavirus and economic setback will impact marketplaces and other sectors.

Companies that act as marketplaces have offered an almost constant stream of dealflow and attractive opportunities for VC over the last few decades. Now the market is starting to mature and the recipe for a good marketplace start-up is undergoing revision.

Many opportunities used to focus on aggregating sellers and digitizing inventory, but now they look to offer users software and tools to better the transactions on their platform, not just house them.

More than $39 billion has been invested in marketplaces over the last decade, according to data from PitchBook, with heavyweights like Uber, Lyft and Airbnb capturing particularly robust funding rounds. Last year set records with more than $7.9 billion pouring into the market across 469 deals.

Companies that connect buyers and sellers have been around since Craigslist and eBay were founded in 1995. The pair laid a foundation for the marketplace ecosystem that has captured billions of VC dollars since. “When you get a marketplace right you can really create unequal enterprise value,” says Steve Sloane, a partner at Menlo Ventures.

Sloane and his partners at Menlo have invested in successful companies like Rover, which connects dog owners with walkers, and Poshmark, a reselling app, over the last decade and beyond.

Josh Breinlinger, a managing director at Jackson Square Ventures and a longtime investor in the marketplace sector, has backed such companies as Offerup, a local selling platform, and Kindly Care, a caregiver marketplace.

He feels that the sector remains an attractive one because it helps bring traditionally offline industries online, which makes them more accessible. “If you look outside the tech giants, you’ll find that a lot of these industries are wildly inefficient and have endless opportunities to improve,” Breinlinger says.

JSV recently participated in the $15 million Series A round into Lyte. The company provides a marketplace for people to better     sell, buy and exchange event tickets, an industry that is still not fully digital. “I think if you zoom way out the purpose of marketplaces is to really increase efficiency, improve transparency and improve results,” Breinlinger says.

Tribeca Venture Partners participated in the company’s $5 million Series A in 2016 and $31 million Series C round in 2018. Brian Hirsch, a managing partner at Tribeca, says that ACV Auctions is a perfect example of an attractive marketplace because it goes beyond just bringing the existing options online.

“The best marketplaces, and marketplaces that are successful, should really improve the market they are in rather than just aggregate the market,” Hirsch says.

Tribeca Venture Partners also invested in the $12 million Series A round for Domio, an upscale rental company, in 2018. In 2011, the firm invested in a $6 million Series A for Lendio, a marketplace for small businesses loans, which has gone on to raise more than $35.5 million.

Hirsch says that while opportunities continue to grow, attractive companies in the sector have changed over the years and not every good marketplace is a good investment anymore.

One potential cause for this, Venky Ganesan, a partner at Menlo, says, was the divergence from marketplaces being treated as capital-light businesses over the last decade. “People realized if they could build a big marketplace, they could create big returns, so a lot of money started coming in,” Ganesan says. “Marketplaces went from being capital light to being capital heavy.”

Ganesan says that this switch has contributed to the overfunding of multiple marketplaces resulting in lackluster returns and ballooned valuations.

Because of this, marketplaces have had to innovate and offer more than just aggregation. Breinlinger says that the first wave of innovation in the marketplace ecosystem were companies that were more vertical focused and specific. He thinks the next pivot is toward full stack solution and software infrastructure.

“I would characterize the last 20 years of marketplace activity as really just bringing inventory into the digital economy,” says Jamison Hill, a partner at Bain Capital Ventures. “Airbnb did that with vacation rentals, Uber and Lyft did that with cars.”

Hill has been focusing on marketplaces for years and says that he has definitely noticed the market’s innovation and has seen it flourish through marketplace companies adopting software and offering other benefits. “A really interesting trend that we are   seeing within marketplaces is this idea of software vendors building marketplaces,” Hill says. “There are a bunch of early-stage growth start-ups selling software that they could use to create a marketplace.”

Hill adds that he thinks future marketplaces will do so much more than facilitate transactions and will be able to help consumers buy better while operating on a more robust infrastructure.

Many investors, like Sloane, Ganesan and Hirsch, see this as well. “When we look at the really attractive opportunities, it’s hybrid models of software with marketplaces,” Sloane says. “We have a number of companies who may start by selling software in a vertical industry and then eventually build a marketplace around it.”

Hirsch sees the future of marketplaces in companies that can offer these underlying benefits for their buyers and sellers and can be almost a toolbox in addition to a platform.

“We think marketplaces are going to more of a full-stack experience where everything is in the marketplace,” Hirsch says. “It’s not just where you transact, it’s a combination of a marketplace and software and tools to help your business.”

These investors predict that a lot of this activity will happen in the B2B space, which hasn’t seen the same level of disruption as the consumer market has.

This innovation has already started with companies like Convoy. The marketplace of freight and manufacturers also uses AI and machine learning to make the trucking industry more efficient, streamlined and sustainable. The company recently raised a $400 million Series D round led by Generation Investment Management with participation from Durable Capital Partners, CapitalG and Baillie Gifford, among others.

“An interesting area is going to be supply chain marketplaces,” Ganesan says. “Imagine you are 7-Eleven and you have a lot of suppliers. You might decide to go to a model where you basically rent out your shelf space for people and you might create a marketplace model.”

Sloane thinks that the market will cool for a few years as the current environment works through this transition. He emphasizes that marketplaces will remain robust throughout the transition and that they will continue to be an exciting area for him and other investors in the space. “We are still very much in the early stages of the marketplace or platform revolution,” Hill says. “There is a ton of room to grow.”

So far in early 2020, there has been more than $400 million invested across 18 deals in the marketplace sector, as of January 24. And many of these rounds focus on companies that could help establish the next wave of innovation. Bizongo, a B2B marketplace for packaged goods based in India, closed on a $30 million Series C round. The round was led by Schroder Adveq with B Capital Group, Accel and Chiratae Ventures also contributing to the round, among others.

“I love marketplaces,” Breinlinger says. “I see no end to the opportunities and plan on doing this for a long time. Build great businesses with big moats and let them run.”