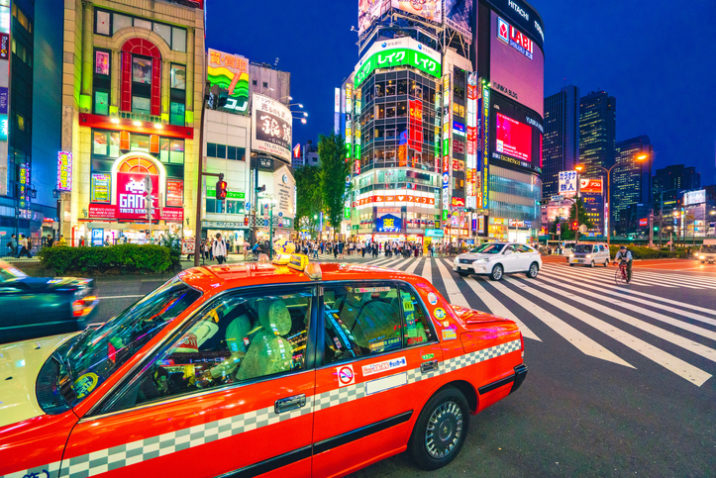 Just 3 percent of Japanese venture capital funding came from pension funds last year, compared to 32 percent in the United States. But in a country where the start-up investment environment has long been dominated by banks and corporations, VC funds are gathering momentum and fundraising is on the rise.

The commitment from GPIF, which manages ¥191.6 trillion ($1.44 trillion; €1.41 trillion), marks the first time the pension has disclosed an investment in a VC fund. The move is seen as a welcome fillip to the venture space, where a lack of capital has been blamed for the fact that only six unicorns have emerged in the world’s third-largest economy, compared to 600 in the US.

“This is a chicken and egg problem,” Globis general partner Emre Yuasa told Venture Capital Journal. “Previously, we had few entrepreneurs, and the need for venture money was small. But as entrepreneurs have started to create bigger companies, they are demanding larger investment, and as those companies become successful the returns are coming back to venture capitalists and enabling us to raise larger funds.”

In the past decade, that cycle has accelerated, spurred on by what Yuasa describes as “the smart phone shift” around 2015. Another boost came in 2018 when the online flea market operator Mercari went public as Japan’s first venture-backed unicorn, at one point hitting a valuation of $7 billion. Globis invested in Mercari out of its fourth fund.

“That was really a pivotal moment, generating huge returns for venture funds,” said Yuasa, who specializes in investments in fintech, AI, blockchain, drones and internet media. “We believe there are many more companies like Mercari to come.”

Japan’s government wants to accelerate even more investment in start-ups. The ruling Liberal Democratic Party is working on a plan for tax breaks and other measures that it hopes will pump ¥10 trillion into start-ups every year. “We have to revamp taxes and regulations to create a startup-friendly environment,” Takuya Hirai, Japan’s first digital minister, said in a June 21 story in The Japan Times.

Institutional investors have shied away from the Japanese venture market in part because the asset class was in its infancy and couldn’t accommodate large commitments from pension funds. Also, Japanese LPs have historically been more risk averse than their international peers.

But that is changing now. “As the funds and the ecosystem are growing, venture capitalists are raising larger funds and institutional investors can write larger checks because they are able to allocate those resources to due diligence as it passes their minimum check size,” said Yuasa. “As the success story grows, investors are more willing to take on those risky investments.”

The government has been a long-term supporter of the ecosystem, investing through initiatives including SME Support Japan and the Japan Investment Corporation. But the arrival of the mighty GPIF could herald a sea change.

“It is now up to the venture capital funds to persuade GPIF to invest, and to present a persuasive track record,” said Yuasa, who noted that he could not comment on individual LP commitments to the Globis fund.

Yuasa added, “When we started, a lot of venture funds were corporate subsidiaries or bank subsidiaries, who might write checks to start-ups but asked for collateral or personal guarantees in return. So, it was not real VC investment. We started very small and gradually grew. We now have several unicorns in our portfolio.”

In addition to Mercari, successful investments by Globis include current affairs app SmartNews, which recently entered the US market.

The amount of money being raised by start-ups in Japan has trebled in the past five years to ¥800 billion, and Yuasa said there is a cultural shift taking place. “Japanese people have not historically been known for starting their own businesses and taking risks, with the most talented preferring to pursue careers in major corporations or government,” he explained. “But that sentiment is changing. Now, if you asked the top graduates coming out of university in Tokyo, a lot of them will say they want to join a start-up or start their own business.”

Another challenge has been a lack of strategic M&A by large Japanese corporations, which have preferred to spend their own large R&D budgets to develop technology within rather than acquire companies.

“That has meant start-ups having to rely on IPOs for an exit route, and we haven’t been able to solve that problem yet,” said Yuasa. “We have seen some cases where big international corporations have been acquiring start-ups, but we will need to see more of that to have a vibrant ecosystem.”

“If we are able to create that deal path, that will enable us to write checks to companies that we haven’t been able to fund before,” said Yuasa, pointing to deep tech companies where R&D and commercialization take a long time and the 10-year fund cycle of a venture firm struggles to capture the opportunity.

For now, the Japanese venture community remains small and concentrated in Tokyo, with Globis’s competitors including DCM Ventures, Eight Roads Ventures and World Innovation Lab, which has operations in Silicon Valley as well as Japan. Global funds have largely stayed away, but that may change. “We saw a huge inflow of interest by international players last year, before the market crash, especially at later stage,” said Yuasa. “Series A and B rounds are too early for them, but they made some later stage investments.”

VC heavyweight Sequoia Capital made its first investment in Japan in late 2020 through its Chinese arm when it purchased a stake in construction app Andpad, a Globis portfolio company.

Yuasa said there is healthy competition and points to a number of investment themes throwing up a strong deal pipeline, including the digital transformation of traditional industries, healthcare and robotics. “The ecosystem of start-ups is definitely growing, but competition is also increasing, so we can’t just sit and wait for them to come to us,” he added.

Raising money from international LPs remains a challenge but, more than 25 years after Globis launched as Japan’s first hands-on venture fund, the market is finally coming of age.